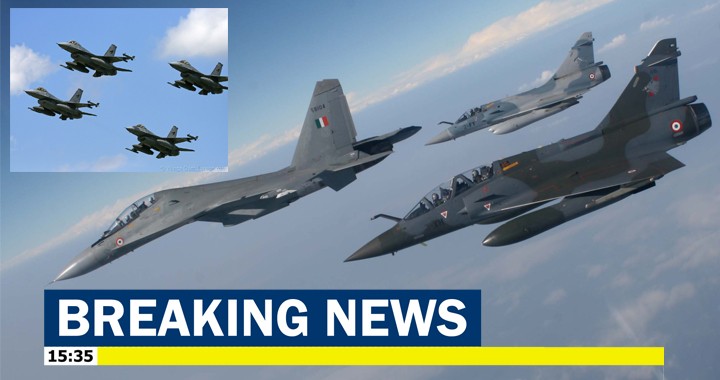 It’s unclear if the Pakistani jets were trying to intrude into Indian airspace, with sources saying that the Pakistani fighters were flying with a surveillance drone with the possible aim of detecting Indian troop deployment near the border.

Sources: At 3 AM today, Indian radars detected a large sized UAV & package of 4 Pakistani F-16s flying close to Indian border in Khemkaran sector in Punjab. India scrambled Su-30MKIs & Mirage jets in response after which the Pakistani jets retreated further into their territory. pic.twitter.com/ZKTbw8zPZo

India and Pakistan are engaged in an ongoing military confrontation in the disputed Kashmir region and its neighboring provinces; the heightened tensions stem from a suicide car bombing that happened on 14 February 2019.

In the bombing, a militant from Jammu and Kashmir killed 40 Indian Central Reserve Police Force members in Pulwama. The militant group Jaish-e-Mohammed claimed responsibility, while Pakistan’s government condemned the attack and denied any involvement.

Reacting to the suicide attack, the Indian Air Force on 26 February violated the Line of Control (LOC) to conduct what it called “preemptive” aerial strikes that targeted a terrorist training camp and killed several militants.

On the latter day, Pakistan conducted airstrikes in Indian-administered Kashmir which caused no casualties or damage.

Also on 27 February, Pakistan claimed that it had shot down two Indian jets over Pakistani airspace. Pakistan captured one Indian pilot, Abhinandan Varthaman, and he was subsequently released on 1 March as a peace gesture