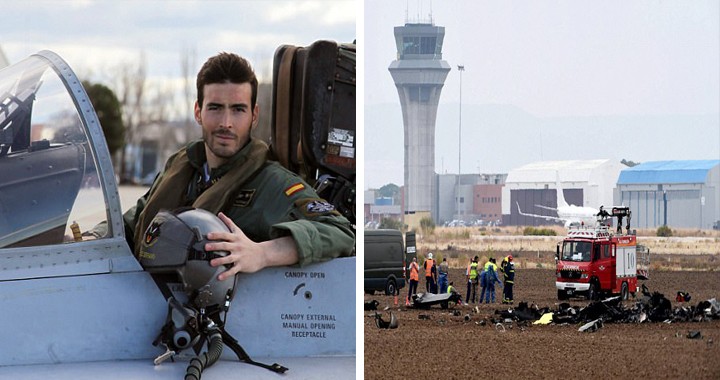 on October 17, 2017, a Spanish Airforce F/A-18 Hornet crashed soon after takeoff at Torrejon de Ardoz airbase and bursts into flames

Lieutenant Fernando Pérez Serrano, 26, Died in the crash. The incident occurred shortly after 11am local time

After nearly a year and a half of work, the Military Aircraft Accidents Technical Investigation Commission (CITAAM) has concluded its report on the incident in which Lt. Fernando Pérez Serrano died.

According to Report A tool of 15 centimeters, forgotten in the right engine, unchained the accident that, on October 17, 2017, just take off from the base of Torrejón de Ardoz (Madrid), suffered an F-18 fighter.

During the start-up of the aircraft, the mechanical launcher, in charge of the last check, noticed a strange noise in the right engine. He was not the only one. A pilot who was in the hangar also heard it.

But the parameters of the F-18 were apparently normal and sometimes when starting the device, its engines made an anomalous noise that disappeared when revolutions increased. The fighter began to roll towards the head of the track and the noise continued.

When days after the accident the remains of the apparatus were analyzed, it was found that the blades ( curved blade of a turbomachine ) of the rotor of the right engine were destroyed and not by the collision with the ground. Inside the compressor was found, split into two pieces, a steel handle, a key with interchangeable head.

A survey was made of all those who had participated in the maintenance of the aircraft since the previous flight: they were asked what jobs they had done, what tools they had used, if they missed one, or if they knew of a partner who had lost one. They were guaranteed anonymity to encourage them to be sincere.

Nothing was made clear, despite the fact that on October 15, 48 hours before the incident, the plane aborted a mission due to a failure in the right engine, which forced the generator to be changed.

The handle is used by both mechanics and pilots. In the right engine were also pieces of green cord like the one used by pilots to hold the tool to the antiG (antigravity) suit, which dampens the effect of acceleration.

The commission could not determine who belonged to the management. Only found that the unit had no system to control the tools and recommended that it be established.

Being serious, the breakage of an engine did not have to have caused a fatal accident if the pilot had applied the procedures. But he did not.

He did not follow the recommended steps to start the plane, but instead gained time by using a shortcut reserved for emergency takeoffs. Had he gone less hastily, he might have noticed that the parameters of the right engine were slightly above the limit.

The F-18 started its takeoff race by rushing the entire track because, contrary to what is available in the manual, it only put one engine at maximum power, the left one. During the race, the lieutenant had to correct the airplane’s tendency to turn to the side. Surprisingly, only at the end did he get the right engine and that’s when the tool, turned into a projectile, destroyed it inside.

The pilot ruled out aborting the takeoff and threw himself into the air with a single engine. A risky maneuver, but not impossible, if the procedures are followed. But instead of starting a smooth ascent, he raised the nose excessively. About 40 seconds after takeoff, the plane went out of control and crashed into the base. “I’m going to turn right because the plane is falling,” were his last words.

Why did a pilot who was number one in his class act?

On October 4, 2017, he was sanctioned for changing the shift with a partner in the alert service without consulting the controller. It was a stain on his file. On October 10, a week before the accident, he refused to make a night flight claiming to be indisposed.

The fateful morning reached the F-18 with a quarter of an hour late. He had had to attend the preparatory meeting for a NATO evaluation early on. His acquaintances assure that “he felt pressured” and that he could not prepare the mission of that day, which consisted of a reconnaissance flight over Albacete. Maybe that’s why he had so much urgency to take off and discarded abort the flight. But that is another question that the investigation leaves unanswered. 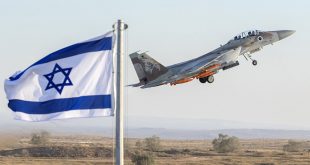