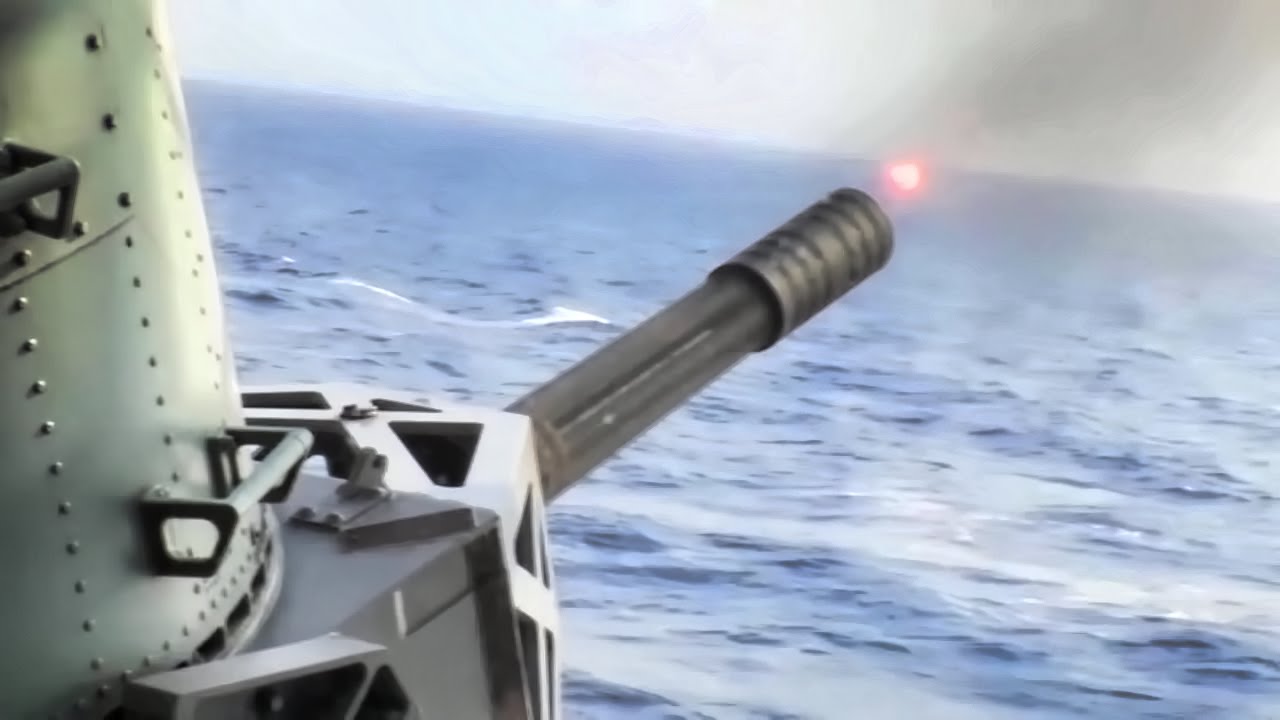 It fires 4,500 rounds a minute, can hit a target five miles away and has bullets that are twice the normal size.

The Phalanx CIWS  is a close-in weapon system for defense against anti-ship missiles.

It is installed on all U.S. Navy surface combatant ships and is capable of locking onto incoming missiles and firing 4,500 rounds per minute.

Because of their distinctive barrel-shaped radome and their automated nature of the operation, Phalanx CIWS units are sometimes nicknamed “R2-D2” after the famous droid character from the Star Wars films