Amid the ongoing border standoff with China, the air-launched Brahmos had received combat clearance before the India-China troops clashed on Tuesday.

The air-launched version of the BrahMos missile, named after India’s Brahmaputra River and Russia’s Moskva River, has an operational range of 290 km. It can be dropped from 500 to 14,000 metres.

“The BrahMos missile system has received ‘fleet release clearance’ from the Centre for Military Airworthiness and Certification of Defence Research and Development Organisation. This was the final clearance and now the Indian Air Force can deploy all the fighter jets equipped with BrahMos in a combat mission”, the official said.

The official added that a large fleet of jets equipped with missiles under the BrahMos-Su-30MKI weapon-platform integration programme are ready for deployment. Responding to a question about the size of the delivery, the official said “it is large in number” but gave no additional details, citing the sensitivity of the matter in the current scenario along the Chinese border.

Currently, over 100 fighter jets, including Su-30MKI, are positioned at forward bases that include Leh, which is close to the standoff site in Galwan.

The Indian Air Force had emphasised in the past that the air version of the BrahMos missile provides a much desired capability “to strike from large stand-off ranges on any target at sea or on land with pinpoint accuracy by day or night and in all weather conditions”.

The Indian government cleared a $1.5 billion proposal in 2012 to procure over 200 air-launched versions of the missile, which included money to be spent on integration and testing of the missile with the Su-30MKI.

BrahMos Aerospace has been aiming to develop a hypersonic version of a missile that will be able to hit targets five times faster than the speed of sound. 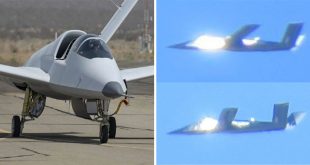