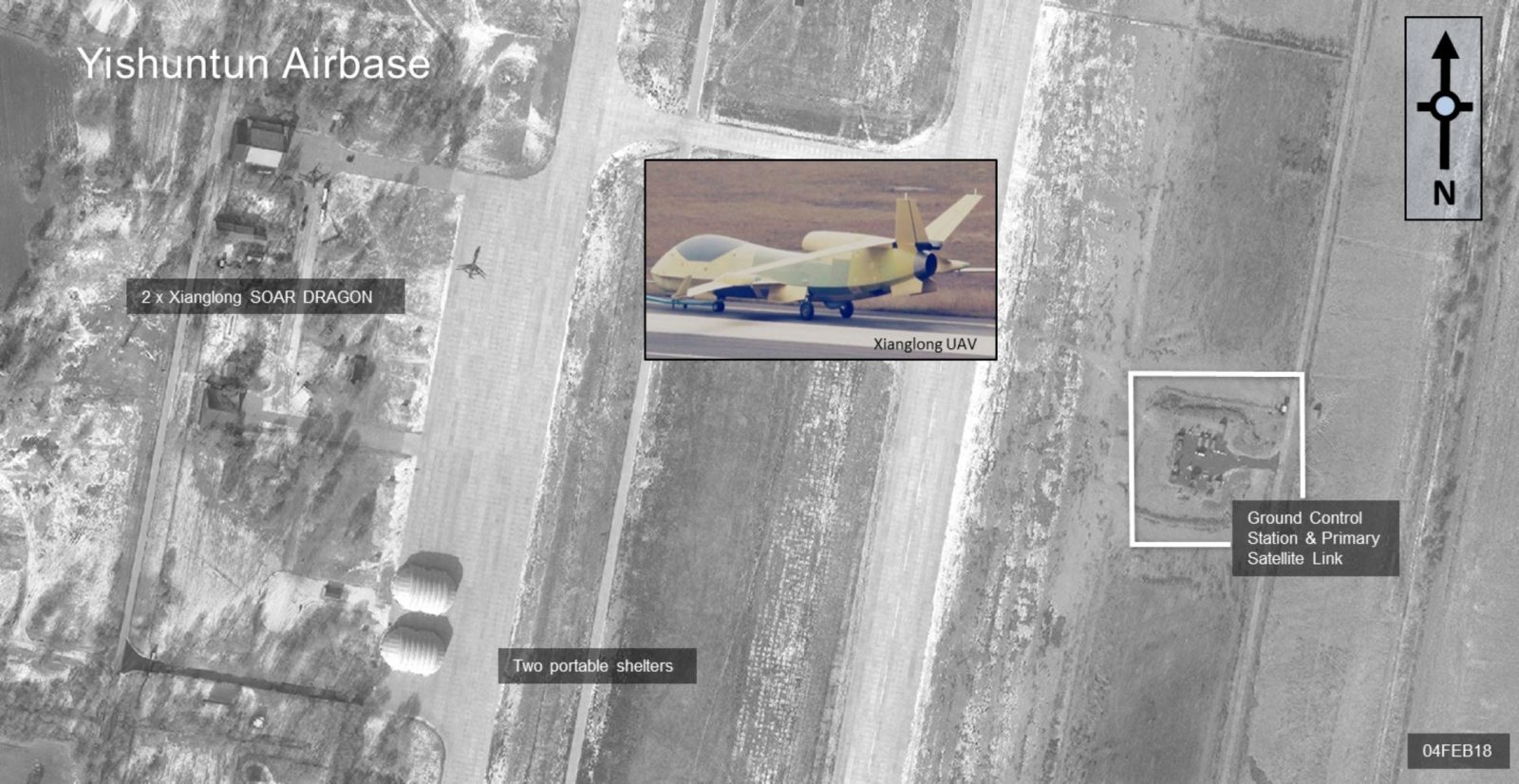 It is being developed by the People’s Republic of China for reconnaissance and possible anti-shipping missions.

The deployment comes amid growing tensions between Pyongyang and the United States, with the Korean deadline for an American return to peace talks fast approaching in January 2020.

North Korea has pledged to resume testing of strategic weaponry should the U.S. fail to resume talks with the intent of mutual compromise – with Korean delegations complaining that their American counterparts have simply issued demands rather than engaging in meaningful negotiations.

China has in the past responded to high tensions between the two parties with shows of force near the Korean Peninsula, including large scale naval drills, air defence drills, and overflights by J-20 stealth fighters – all of which occurred in the final months of 2017 as tensions peaked.

The deployment of the Soar Dragon could be the first of many deployments intended to dissuade the United States and its allies from taking military action, with Beijing pledging to intervene on the side of its East Asian neighbour should it come under attack.

Russia too has in the past conducted large scale exercises at times of high tensions including the deployment of air defences to cover Korean airspace, and has drawn a red line against any American attacks on its small neighbour.

The Soar Dragon is one of the most modern drones in China’s People’s Liberation Army (PLA) service and is reportedly intended for anti-shipping and reconnaissance missions. The platform is designed to operate at high altitudes and has a high endurance allowing it to reach targets far from Chinese territory including U.S. warships and military bases across Northeast Asia.

The aircraft is thought to have entered service in late 2018 or early 2019, and have previously been deployed to tail American warships in the Taiwan Strait where Beijing has viewed their presence as highly provocative.