On Dec 29, 2020, Indian Air Force Air Chief Marshal RKS Bhadauria said that China has heavily deployed the People’s Liberation Army Air Force (PLAAF) to support its army in the Ladakh theatre along with a large number of radars and missiles, even as he listed out the possible Chinese objectives for its actions at the northern border.

A large number of radars and missiles were also deployed in the valley against India with an aim to carry out a planned escalation, to establish border claim lines, or to start border talks on the newer positions, Bhadauria added.

“As Air Chief Bhadauria said, China’s People’s Liberation Army Air Force (PLAAF) has quite a significant deployment in Ladakh to support PLA ground forces. My estimate is that they have nearly 100 combat aircraft,” Chopra told The EurAsian Times.

Speaking at an event organised by the Vivekananda International Foundation, Bhadauria said China’s aim could also possibly be fine-tuning its strategy to enhance its military technologies and recognize and fill gaps to get its forces to synergise the structures the Chinese military has created over the last two decades.

The air chief said the likely reasons for China’s actions along India’s northern borders could include planned escalation and an attempt to establish border claim lines and start border talks on the new positions, military signalling, domination efforts with escalation control and deployment and training of their Western Theater forces in real war-like scenarios wherein the Galwan Valley incident was an overreach.

Responding to a question, he said the frontier People’s Liberation Army Air Force (PLAAF) was deployed fully to support the Chinese army and it also had a large presence in the “second tier.”

“Their deployment has been very strong. We have taken every action that we were required to take and cater to such situation and be sure that we will handle it,” Bhadauria said. 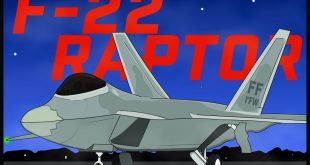 Graphic designed for social media to garner interest and share facts about the U.S. Air …