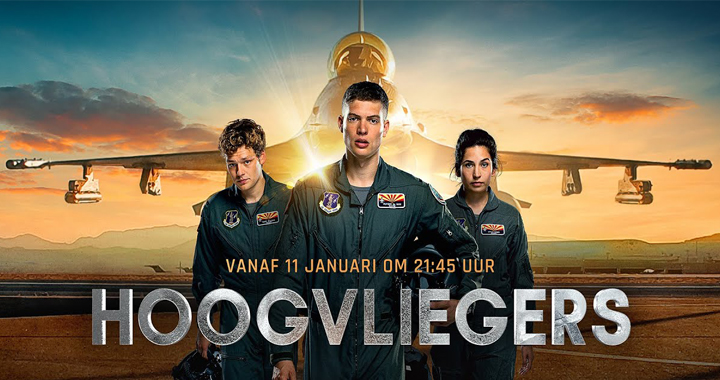 High Flyers or HOOGVLIEGERS is a new Dutch TV series about F-16 Pilots. High-Flyers tells the story of Rutger, Guus, and Leyla. We follow them during their years of intense training to become a fighter pilot with the Royal Dutch Air Force, and we’re with them when they finally go on a dangerous mission in the Middle East.

The cool video below features the trailer of High Flyers (Hoogvliegers).

From 2014 The Royal Netherlands Air Force provided eight F-16s in support of the coalition fighting IS. The aircraft was initially deployed in Iraq and later Syria.

The mission was handed over to the Belgian Air Force in July 2016 after more than 2100 missions were flown, with weapons used over 1800 times.

The Royal Netherlands Air Force contributed extensively to the missions flown by the coalition forces and were in high demand.

According to the service, the best F-16 pilots from all over Europe receive their Fighter Weapons Instructor Training at Leeuwarden Air Base, during which they learn all about the systems and weapons aboard F-16s, and about tactics. They then pass on this knowledge to other pilots in their units.