In August of 1945, as the world celebrates Imperial Japan’s surrender and the effective end of the second world war, the American’s make a puzzling discovery out in the Pacific.

The US Navy has intercepted a Japanese submarine that’s unlike anything they’ve seen before. It’s by far the largest submarine ever constructed, at nearly twice the length of a typical German U-boat. But it’s what the submarine carries that truly baffles the Americans.

The Japanese I-400-Class submarine’s most unusual feature was that it carried three torpedo/dive bombers inside an internal hanger. In order to fit, these full size attack float planes had wings and tailplanes that could be folded.

The submarines also featured a catapult launch system and a crane mechanism to recover the aircraft. The I-400 submarine was effectively the world’s first underwater aircraft carrier. It was also a formidable submarine in the conventional sense, heavily armed with torpedo tubes, an enormous deck gun and anti-aircraft cannons.

Conceived as a secret Japanese weapon at the start of the Pacific war, a fleet of I-400 submarines would be tasked with launching surprise attacks on New York, Washington, San Francisco, San Diego and Los Angeles.

The attacks were intended to shake the will of the American people to keep fighting in the war. But as the war turned against Imperial Japan, shortages in war materials and shifting military priorities resulted in only 3 I-400 completing construction before Japan’s surrender. Fortunately, the I-400 was never allowed to demonstrate it’s true capacity.

The I-400-class submarine Imperial Japanese Navy (IJN) submarines were the largest submarines of World War II and remained the largest ever built until the construction of nuclear ballistic missile submarines in the 1960s.

They were designed to surface, launch their planes, then quickly dive again before they were discovered. They also carried torpedoes for close-range combat.

The I-400 class was designed with the range to travel anywhere in the world and return. 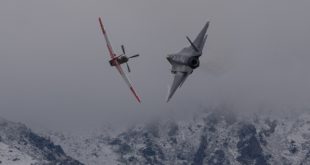