Amelie Windel is a British born aerobatic pilot based in Sydney. she has more than six years experience in flying. In the below videos she is flying an Extra 300L aerobatic plane

I was gifted a trial flying lesson at age fifteen and became hooked almost immediately. I started the first few hours of my training in the UK and completed my PPL in Morocco, where my mum’s side of the family is from.

I was given my first taste of aerobatics age 19 and decided to pursue it at age 20. I did my initial training with the British Aerobatic Academy in an Extra 200 and went on to rank highly at British and European competitions.

I fly the Red Baron Extra 330 LX out here. I’ve been in multiple publications, the most noteworthy being an Instagram feature. I’m currently in the process of having a documentary filmed about my life and flying. Over the years, I’ve used my social media presence to empower and encourage women and young people to achieve their goals within flying or any other traditionally male-dominated discipline.

The above video is of Negative G torture. She is sitting in the pilot’s seat and her coach Mark Jefferies is in the co-pilots seat. He is the one flying. According to her G-forces are a lot more difficult to endure if someone else is flying.

Hilarious reaction to some tumbling. 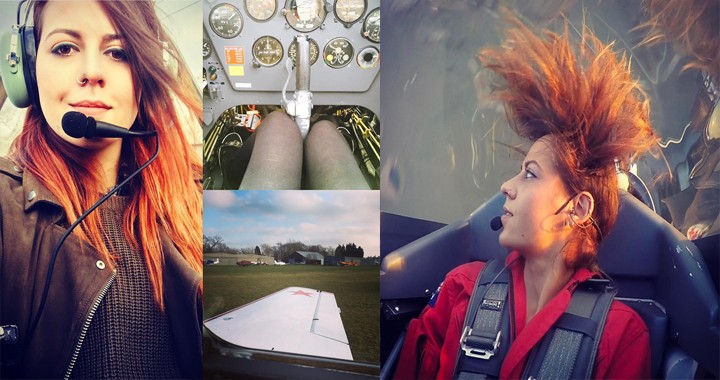 Previous Malaysian Air-force Dilemma:only 4 out of the 28 Russian made Fighter jets can fly
Next Watch: First flight of Airbus’ BelugaXL ” flying whale”