Texas Couple Die In Helicopter Crash 2 Hours After Getting Married

Texas Couple Die In Helicopter Crash 2 Hours After Getting Married. A Bell 206B crashed at night in the vicinity of Chalk Bluff Park off Highway 55, in a family ranch, Uvalde County, Texas. 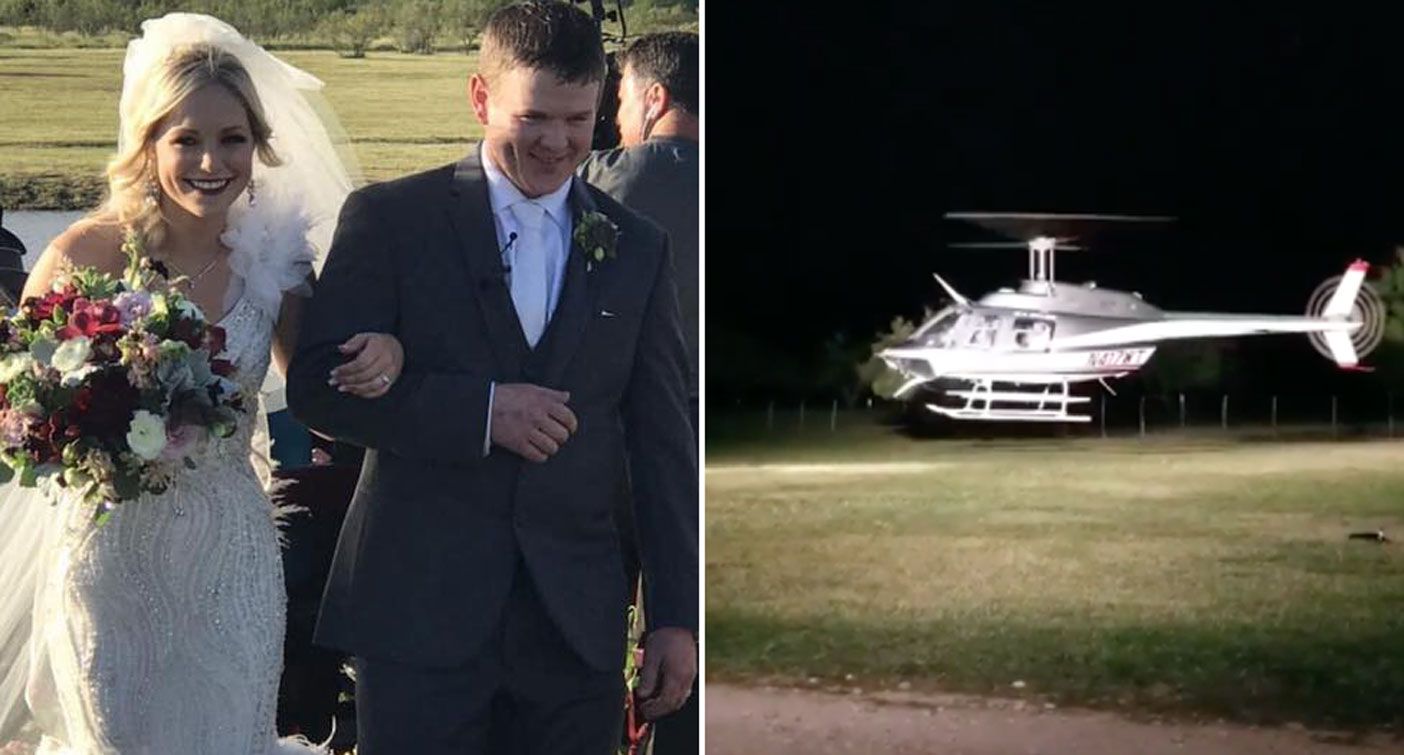 The pilot and a newlywed couple leaving their wedding reception died.

The lives of a Texas bride and groom were cut short when the helicopter that whisked them away from their fairytale wedding crashed into the side of a hill.

Will Byler and Bailee Ackerman, who were seniors at Sam Houston State University, are believed to have died in the early hours of Sunday morning alongside their pilot, just hours after they said ‘I do’.

The accident involving a Bell 206B helicopter happened near Chalk Bluff Park near Highway 55 at about midnight. A Bell 206 helicopter is a two-bladed, single or twin-engined helicopter.

Guests cheered and waved light ropes as the helicopter lifted off from Will’s family ranch on Saturday night, but tragedy struck when it crashed into a hill about an hour-and-a-half later, just a mile from the ranch.

The in-love couple was glowing throughout the ceremony. One friend said it was the best day of their lives. The couple was whisked away in the family’s helicopter

They crashed outside of Uvalde, Texas, the groom’s grandfather, William Byler

The crash was confirmed by the National Transportation Safety Board (NTSB), which tweeted on Sunday morning that investigators were looking into the crash of a Bell 206B helicopter in Uvalde, a city roughly 80 miles west of San Antonio.

The NTSB said it would not release further details on the crash until Monday.