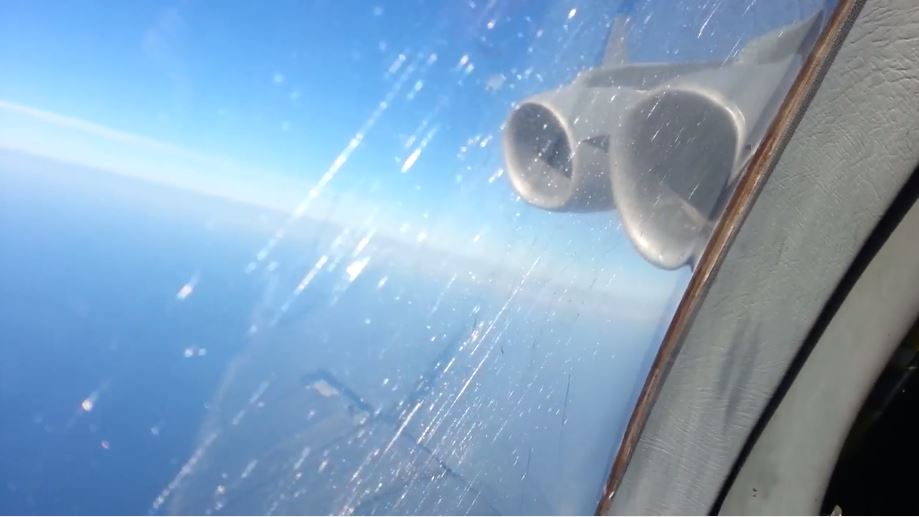 This kind of maneuver is used for quick transitions from high altitude to low altitude (or to landing) where it is important to reduce the exposure to the MANPADS (Man Portable Air Defense Systems) and heat-seaking missiles, or to escape low level to an aerial threat.

During the descent, the C-17 pilots can use the thrust reversers to slow the aircraft down (preventing the aircraft to accelerate past the VNE – Never Exceed speed) while keeping a steep angle.

Despite its size, the C-17 airlifter is pretty agile aircraft and its aircrews are trained to maneuver quite aggressively, especially at low altitude, as proved, for example, by the videos that showed C-17’s visits to the famous Star Wars Canyon in the U.S. or Mach Loop in the UK that we have published in the past. 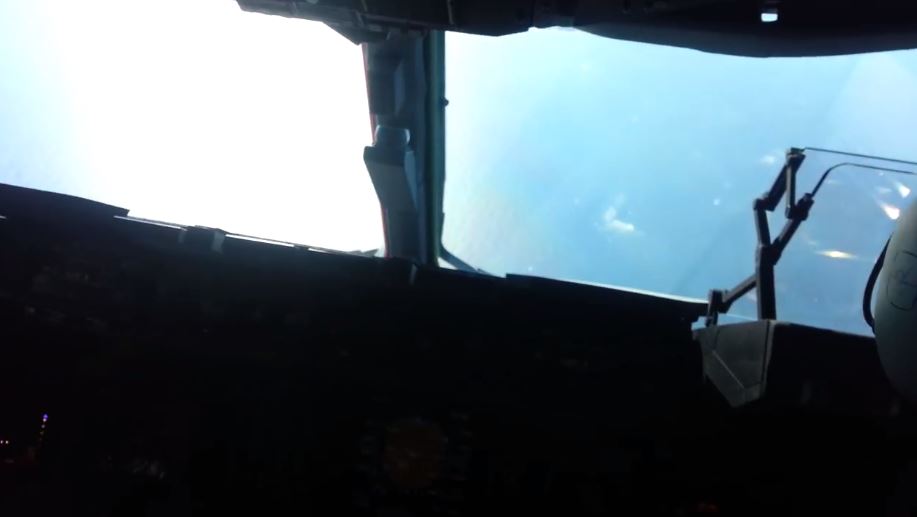 It was developed for the United States Air Force (USAF) from the 1980s to the early 1990s by McDonnell Douglas.

The C-17 commonly performs tactical and strategic airlift missions, transporting troops and cargo throughout the world; additional roles include medical evacuation and airdrop duties. It was designed to replace the Lockheed C-141 Starlifter, and also fulfill some of the duties of the Lockheed C-5 Galaxy, freeing the C-5 fleet for outsize cargo.