The F-15QA aircraft, as well as the paint scheme, were specifically designed for the Qatar Emiri Air Force, said the statement.

A short video from the U.S. aerospace giant Boeing demonstrates how the F-15QA fighter jet is painted in its custom livery.

“The most advanced F-15 fighter jet ever built, this aircraft – and the paint scheme – were specifically designed for Qatar Emiri Air Force,” the company said on Twitter.

The F-15QA brings to its operators next-generation technologies such as fly-by-wire flight controls, digital cockpit; modernized sensors, radar, and electronic warfare capabilities; and the world’s fastest mission computer. Increases in reliability, sustainability and maintainability allow defense operators to affordably remain ahead of current and evolving threats.

The advanced F-15QA built using advanced manufacturing processes which make the jet more efficient to manufacture. In the field, the F-15 costs half the cost per flight hour of similar fighter aircraft and delivers far more payload at far greater ranges.

Through investments in the F-15QA platform and partnership with the U.S. Air Force, Boeing is now preparing to build a domestic variant of the advanced fighter, the F-15EX, commonly known as Strike Eagle on Steroids. F-15EX became a program of record for the Air Force when the National Defense Authorization Act for fiscal year 2020 was signed on Dec. 30, 2019.

In January, the Air Force issued public notifications of its intent to award sole-source a contract to Boeing for eight jets. Future plans call for as many as 144 aircraft. 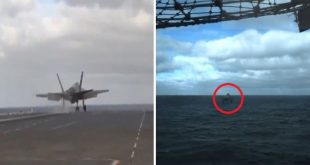