Twenty-five Azerbaijani civilians were killed as Armenian forces fired Smerch missiles at Barda city far from the conflict zone on October 26 and 27.

The firing position of the “Smerch” MLRS was determined and destroyed on October 29 at about 15:18 pm local time, the ministry said.

“The firing position of the “Smerch” MLRS [Multiple Launch Rocket System] belonging to the Armenian Armed Forces, which fired at the peaceful population and civilian infrastructure in the city of Barda, was determined by our units,” it said in a Ministry of Defense’s statement.

Earlier, on October 29, the Defence Ministry also shared a video showing the destruction of Armenian units that subjected to fire Azerbajijani civilian infrastructure and peaceful population.

Azerbaijan’s President Ilham Aliyev said on Twitter that his country will seek revenge for the Barda attack on the battlefield and added that 13 more villages have been liberated from Armenian occupation. 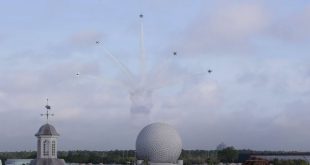