U.S. Navy Blue Angels are about to transition from the team’s current Boeing F/A-18C and D model aircraft to the larger and more capable Boeing F/A-18E and F Super Hornets.

Boeing has delivered the first of a planned fleet of 11 modified F/A-18E Super Hornets to the Navy’s Blue Angels demonstration team on Wednesday, according to the company.

The aircraft will undergo flight testing and evaluation at Naval Air Station Patuxent River in Maryland, according to a press release on the company website.

“The Super Hornet is an iconic representation of excellence in naval aviation,” said Pat Walsh, a retired admiral and the vice president of U.S. Navy & Marine Corps services for Boeing, according to the release. Walsh flew with the Blue Angels from 1985 to 1987 as the left wingman and slot pilot.

The Blue Angels now fly the F/A-18 Hornet. The Super Hornet the team is moving to has major modifications, including an oil tank for the smoke-generation system, fuel systems that enable the aircraft to fly inverted for extended periods of time, civilian-compatible navigation equipment, cameras and adjustments for the aircraft’s center of gravity.

Boeing plans to deliver the remaining Super Hornets this year.

The Super Hornet can fly at speeds up to Mach 1.6 (about 1,200 mph at sea level), weighs 16 tons empty and each of its twin engines generates 17,000 pounds of thrust, according to a Boeing factsheet. The Blue Angels during their performances fly at speeds ranging from 120 mph to 700 mph (just below Mach 1).

The Blue Angels and their Air Force counterparts, the Thunderbirds, are recruiting tools for their respective services. The teams paired up in late April for a series of flyovers at cities across the United States hard hit by the coronavirus. The flyovers were meant as a tribute to essential workers, first responders and health care workers in the front lines of the pandemic.

The Navy acquired its first Super Hornets in 2001, according to Boeing.

The company has contracts to refit and extend the lives of Super Hornets already in service. In March 2019, it received a defense contract worth $4 billion to build 78 more for the fleet.

“As Boeing continues to support the operational fleet of Navy Super Hornets,” Walsh said in the release. “We are excited to see this platform enter a critical phase of its journey to joining the team.”

The Blue Angels did not immediately respond to a request for comment Thursday. 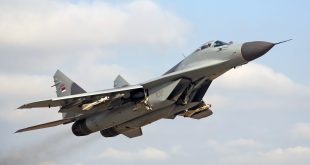