The UAV design lecture was posted on the institute’s YouTube channel on September 28 and the model, which is reportedly the first to feature also a landing gear, was seen in the background in the laboratory where the lecture was recorded.

As first reported by Livefist, this could be either a mockup or a sub-scale flying model of the SWiFT (Stealth Wing Flying Testbed), the technology demonstrator designed and built in collaboration with the Aeronautical Development Establishment (ADE) to prove technologies for the Ghatak.

A prototype SWiFT will be fitted with a Russian NPO Saturn 36MT turbofan engine, which currently powers the Indian Nirbhay cruise missile. Another similar but smaller model was also visible in the video.

The Ghatak project, which in Hindi means “dangerous”/”deadly”, began as Project AURA (autonomous unmanned research aircraft) and was first acknowledged in 2010, directed by a team which reported directly to the Prime Minister.

The program, worth at least 8M USD until now, is focusing on the development of the drone entirely in India, with technology transfers from abroad reduced to the bare minimum.

Ghatak, which will be approximately eight times bigger than SWiFT, is being developed as a stealth bomber aircraft to both attack ground targets with precision weapons and perform ISR (Intelligence, Surveillance and Reconnaissance) missions.

The SWiFT prototype is reportedly scheduled to fly for the first time next year, while Ghatak won’t be flying before 202-2025. 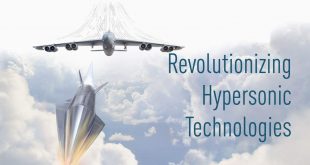