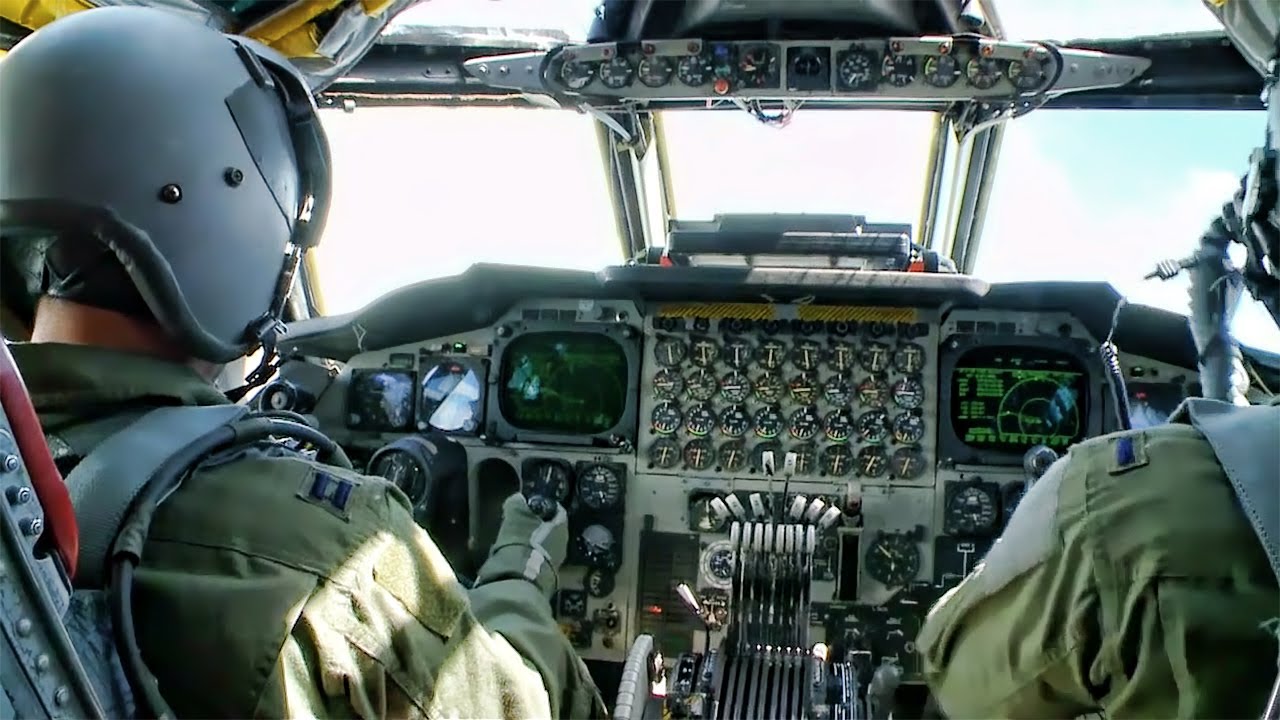 Take a look inside a B-52 Stratofortress cockpit during takeoff, flying, and landing operations. See what it’s like to pilot this 60-year-old, long-range bomber.

B-52 crew members from the 96 Bomb Squadron at Barksdale AFB, LA conduct an aerial training mission.

Here is a Stunning video:

The Boeing B-52 Stratofortress is an American long-range, subsonic, jet-powered strategic bomber.

The B-52 was designed and built by Boeing, which has continued to provide support and upgrades. It has been operated by the United States Air Force (USAF) since the 1950s.

The bombers flew under the Strategic Air Command (SAC) until it was disestablished in 1992 and its aircraft absorbed into the Air Combat Command (ACC); in 2010 all B-52 Stratofortresses were transferred from the ACC to the newly created Air Force Global Strike Command (AFGSC).

Superior performance at high subsonic speeds and relatively low operating costs have kept the B-52 in service despite the advent of later, more advanced aircraft, including the canceled Mach 3 B-70 Valkyrie, the variable-geometry B-1 Lancer, and the stealth B-2 Spirit.

The B-52 completed sixty years of continuous service with its original operator in 2015. After being upgraded between 2013 and 2015, it is expected to serve into the 2050s.