No airstrike details were given and the quoted ImageSat did also not contain any further information but some source said that radar was destroyed by Israeli F-35i Adir fighter jets.

The source claims that F-35i Adir fighter jet of the Israeli Air Force has destroyed Chinese design JY-27 radar of the Syrian Air Defense near Damascus International Airport on 20 January.

Representatives of the Israeli Air Force refused to comment on this issue. 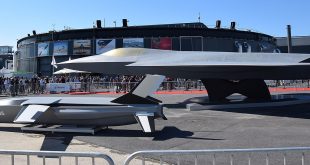