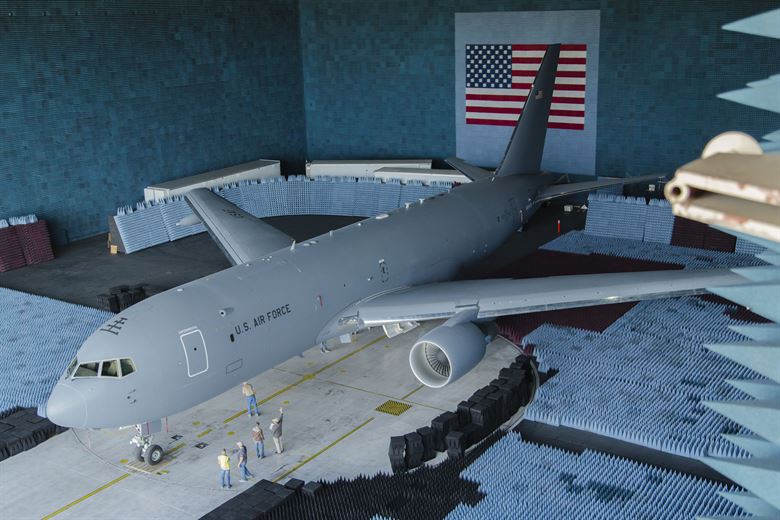 On May 5, 2017, a Boeing KC-46 Pegasus entered the largest Anechoic chamber in the world Benefield Anechoic Facility (BAF) at Edwards Air Force Base (AFB) for the first time to undergo Avionic Testing

According to EDWARDS AIR FORCE BASE A KC-46A Pegasus has entered the Benefield Anechoic Facility for the first time.

The tests are to confirm that the KC-46A systems do not suffer performance degradation that would prevent mission completion when subjected to the external radio frequency environment and that undesirable emissions are controlled.

The tests are being conducted in the BAF to provide an electromagnetically controlled environment suitable for critically sensitive radio frequency measurements. 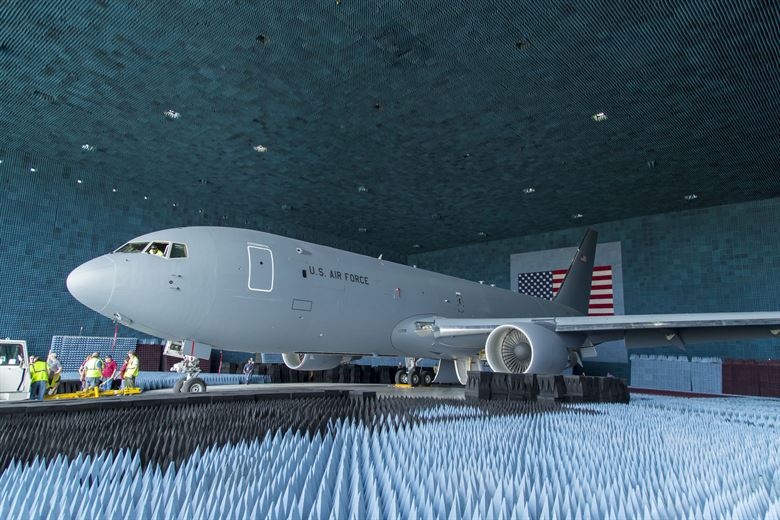 The BAF, operated by the 772nd Test Squadron, is the largest anechoic chamber in the world and can fit most aircraft inside. It provides a location where electronic warfare tests can be conducted without radio frequency interference from the outside world. The chamber is filled with polyurethane and polyethylene pyramids designed to stop reflections of electromagnetic waves. The size of the pyramids, which are painted dark blue or black, varies depending on the particular frequency and test procedure being conducted. Aircraft systems can be tested and verified that they work properly prior to actual flying.

Three specialized, high-power electromagnetic radiating trailers are being used for the tests. 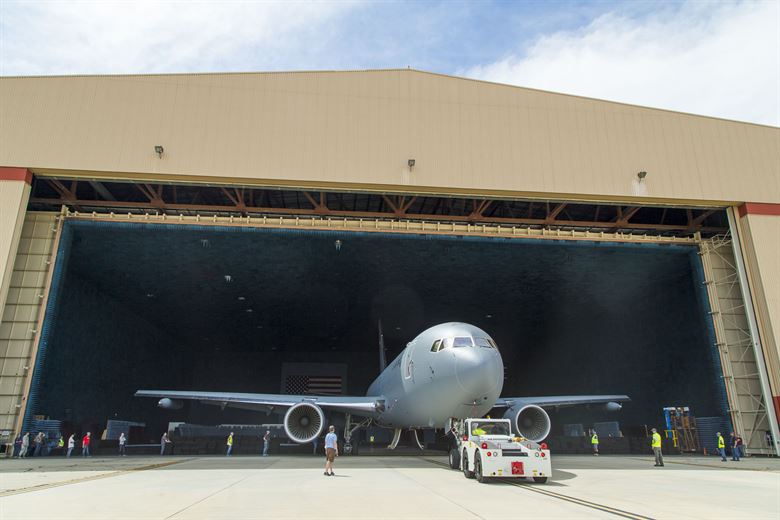 The Air Force’s KC-46A tanker modernization program is among the Air Force’s highest acquisition priorities, program managers say. Being able to refuel military aircraft in the air is critical to the U.S. military’s ability to effectively operate globally. The Air Force initiated the KC-46 program to replace about a third of its aging KC-135 Stratotanker fleet, they say.