The Dutch Parliament approved an order for eight Lockheed Martin F-35As in March 2015, confirming the aircraft as the official replacement for the F-16 for the Royal Netherlands Air Force.

In May 2016, the F-35 landed on Dutch soil for the first time, showing the nation their new 5th Gen fighters.

While in the Netherlands, the F-35 performed several “experience flights” to allow the Dutch public to evaluate the difference between the F-35 and legacy fighters, the F-16, noise levels.

The test results showed negligible differences between the noise levels of these two aircraft.

The F-35 is highly interoperable and functions as the center for sharing information across military forces.

With the ability to integrate into existing systems, the Netherlands continues to be a valued partner and contributor to global security. 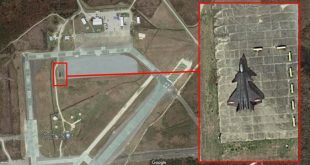