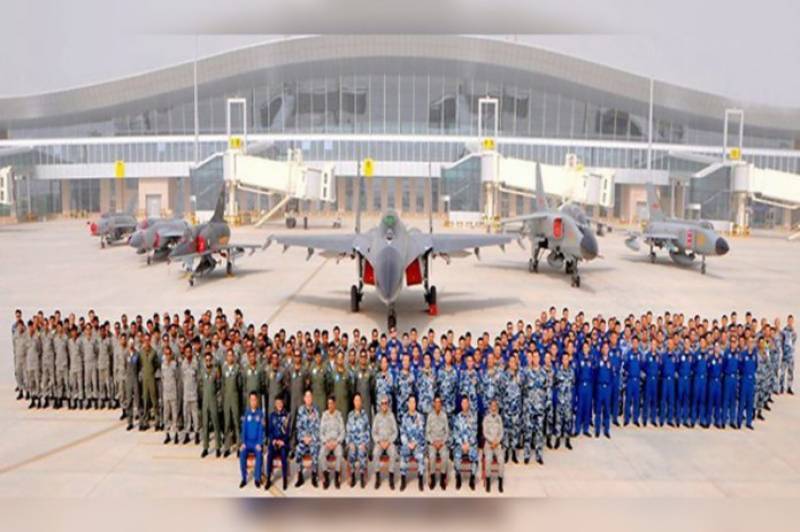 Pakistan Air force and People’s Liberation Army Air Force are currently engaged in a joint military exercise in Chinese city of Holton,  close to the Indian border near Ladakh.

Labelled Shaheen VIII, this is the eighth such exercise undertaken by India’s two neighbours. It comes at a time when the country’s relations with Pakistan have hit rock-bottom. The air to air war games is said to be an exercise to develop a mechanism for interoperability of both countries’ air forces.

The joint training plays an important role in enhancing both sides  combat capability and helping them learn from each other through confrontation.

Based on the training progress so far, the Pakistani side has rich real-combat experience, while the Chinese side boasts advanced weapon and equipment systems and various cutting-edge technologies, Senior Colonel Du Wenlong said in an interview with  China Military  here.

He pointed out that both sides dispatched their typical, classical and leading equipment, indicating their confidence and the great importance they have attached to the joint training currently being carried out in China.

“Carrying out realistic operations with the best equipment, the two sides aimed at better confrontation performance and greater capability improvement,” he added.

Colonel Du observed that the biggest feature of the joint training this time is that it s conducted in a back-to-back manner, whereby neither party is informed of the other s situation and has to find it completely depending on the early warning aircraft, predict its operations and immediately change the training plan. The training is more confrontational than previous ones that followed a pre-arranged plan.

Besides, all the confrontational exercises are carried out in highly complicated environment simulating plateau or mountainous areas, so the troops have to overcome the impacts caused by natural conditions and disturbing factors.

Since it s back-to-back without the communication of any information, the joint training features a keener sense of unfamiliarity and is very close to real-combat environment, with its indicators and plans all reaching the real-combat level, he added.

The military observer informed that both China and Pakistan assigned full range of troops including all typical elements.

For instance, China dispatched J-10C, J-16 and JH-7 fighter jets, and early warning aircraft, which covered such key elements as air strike and ground attack, constituting a complete air combat system. Plus the ground-based air defense early warning equipment, a full system of elements ranging from ground to air, and from attacking to commanding is exactly in place.

Pakistan dispatched the JF-17 Thunder and Mirage fighter jets, early warning aircraft and other ground troops, which was a mini version of the Pakistani air force given the types of weapons and equipment and number of services. 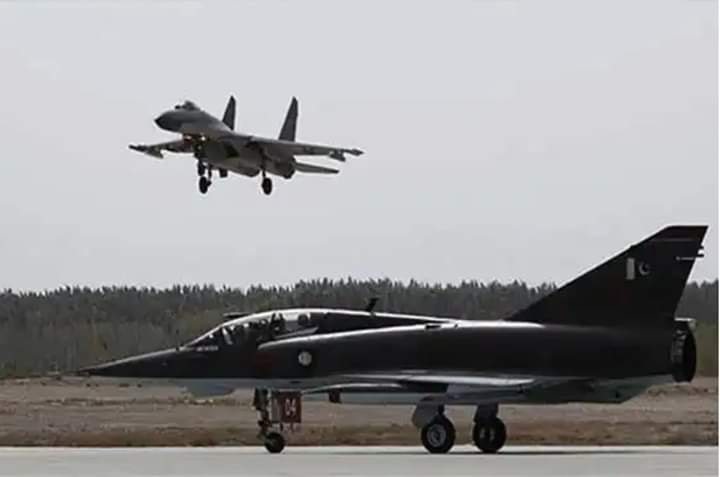 He said that with abutting mountains and water, China and Pakistan have become “all-weather” friendly neighbors since they formed diplomatic ties in 1951, and the two peoples enjoy profound traditional friendship.

“This is the 8th joint training between Chinese and Pakistani air forces, and the  Shaheen (Eagle)” series has become a regular joint training brand between them, casting positive impact on the development of bilateral and mil-to-mil relations,” he added.

About the future exercises, he said that there will be the 9th and 10th after the 8th China-Pakistan joint training, and believed this kind of joint training will become a regular practice in the future.

In fact, this kind of exchange serves as a barometer, which currently shows that bilateral relations have reached a very good state. “We can conclude that the joint training is a win-win exercise that can not only deepen the mutual trust and understanding of the two militaries, but also promote the friendly cooperation between the two countries,” he added.

Colonel Du opined that more similar operations will be carried out in the future, which will play an important role in enhancing the mutual understanding of Chinese and Pakistani officers and soldiers, especially deepening their perceptual knowledge and familiarizing them with the rules and with each other s weapons and capabilities.

The joint training is a strong driving force to continuously tighten mil-to-mil relations and have positive and far-reaching impact on bilateral relations, he added. It may be mentioned here that the Chinese and Pakistani air forces kicked off their joint training code-named “Shaheen -VIII”, in a location in northwest China on August 23.The joint exercise is conducted each year in both countries on alternate basis. The Chinese air force contingent had participated in  Shaheen-VII , which was held in Pakistan last year.

What Shaheen VIII means for India?

The exercise touted as the means to enhance close relations between the all-weather allies, however, has drawn a sharp reaction from India, with the Indian Air Force claiming it will watch all developments closely. The reason that this year’s exercise has put India on its guard is its proximity to the Leh region. The location is reportedly around 300 kilometres north of Leh city, India Today reported.

Moreover, Pakistani JF-17 planes, which are participating in this year’s drill, have passed through the Skardu airbase in Gilgit Baltistan, a semi-provincial area occupied by Pakistan, which India claims is a part of the former princely state of Jammu and Kashmir and is an integral part of the country. The Pakistanis have used the base after a long time to join the Chinese Air Force which has built several bases in the northern region with India.

Pakistan is one of the biggest recipients of the Chinese military, which includes missile technology, fighter planes and warships. During the recent post-Balakot conflict also, the Pakistan Air Force had relied heavily on Chinese military equipment including fighters.

After the abrogation of Article 370 in Jammu and Kashmir, both China and Pakistan have expressed concerns over the decision. While China has issues over Ladakh being declared as a Union Territory, Pakistan has been making a hue and cry over the changes made in Kashmir