A Pakistan Air Force (PAF) jet crashed near Pindigheb, Attock during a routine training mission on Tuesday, the air force said in a statement.

According to the statement, no loss of life was reported.

“The pilot ejected safely. No loss of life or property has been reported on [the] ground,” the statement said.

The air force said that a board of inquiry has been ordered to investigate the cause of the crash which is the fifth such incident since the start of this year.

Earlier in March, a PAF F-16 aircraft crashed near Shakarparian in Islamabad during rehearsals for the Mar 23 parade. Wing Commander Nauman Akram was martyred in the crash.

In the same month, a PAF Mirage aircraft, which was also on a routine operational training mission, had crashed near the Lahore-Multan Motorway. Pilots in both cases had ejected safely.

Earlier in January, a PAF aircraft had crashed while on a training mission near Mianwali. Both pilots – Squadron Leader Haris bin Khalid and Flying Officer Ibaadur Rehman – aboard the PAF FT-7 aircraft had lost their lives in the crash. 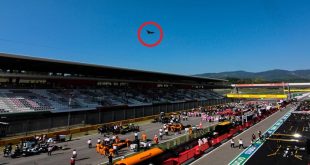