China has deployed J-20 stealth fighter jets near the India-China border as the ongoing disengagement talks between India and China, the provocative move is seen as a show of military strength by China.

The Hotan airbase lies about 200 miles from Ladakh where the Indian and Chinese troops were engaged in a brutal clash, killing 20 Indian soldiers and an unconfirmed number on the Chinese side. Both sides are trying to resolve the standoff through diplomatic and military means, however, the process has been excruciatingly slow.

Speaking to Chinese military aviation expert Fu Qianshao, the tabloid stated that since J-20 is a long-range heavy fighter jet and if deployed in Hotan can potentially cover many areas in Central and South Asia.

“But foreign media should not over-interpret its possible presence in a flashpoint region, as it is likely part of normal training on a long-distance flight and environment adaptation,” Fu said. “China is a large country with many airfields in various terrains and under different climate conditions, and the J-20 needs to fly in more regions to adapt,” he added.

The media reports also added that PLA along with two J-20 has also deployed other warplanes including H-6 bombers, to airports in Xinjiang.

With additional troops moved to key areas of Eastern Ladakh, the Indian Army has decided to maintain its current strength of troops, tanks, and other weaponry, while the Indian Air Force (IAF) is on high alert at forward airbases along the Line of Actual Control (LAC).

IAF has deployed its Su-30 MKI, MiG-29, and MiG-29K fighters in the border region and could also eventually deploy newly arrived Rafale jets in the future.

China’s armed forces have so far not made any announcement about deploying fighter aircraft near the border though it is likely fighter jet squadrons are stationed near the long and disputed border with India. 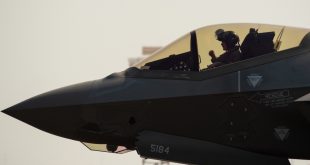