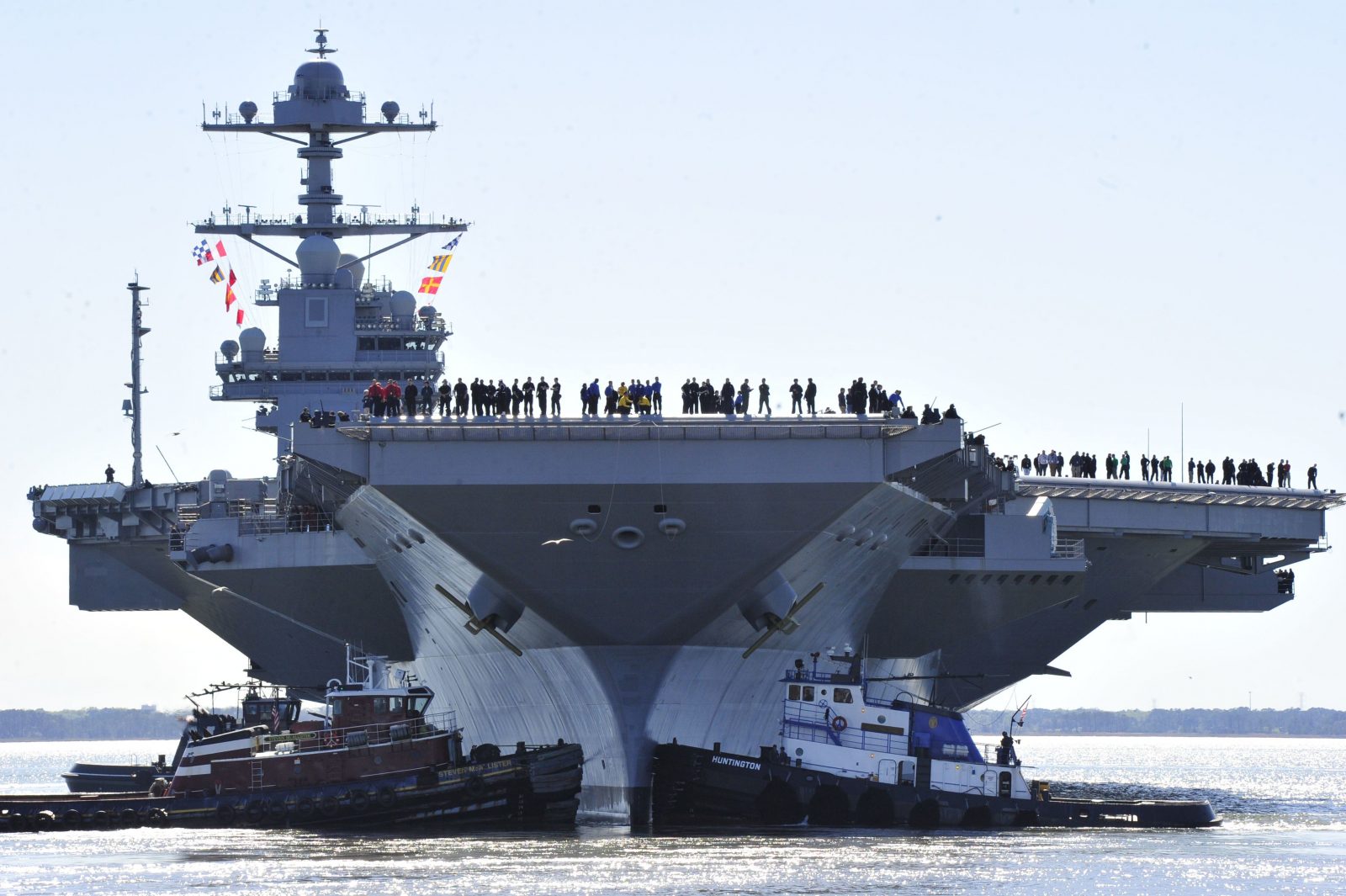 According to Navy Times, problems reside in the mechanical components associated with turning steam created by the nuclear plant into spinning screws that power the ship through the water

NAVSEA told Bloomberg that shipbuilder Huntington Ingalls identified the issue as a “manufacturing defect” rather than an overall design flaw.

As a continuation of that testing and evaluation process, Ford got underway to conduct an independent steaming event that would allow the ship and its crew to continue testing its systems and procedures.

Readmore: Information about Every Class of Ship in the U.S. Navy – Fighter jets world

Those problems included “poor or unknown reliability” among critical systems and, most embarrassingly

Even if Ford’s myriad issues are worked out through the Navy’s standard testing evaluation protocol, news of the propulsion issues couldn’t have emerged at a worse time for the service.

NAVSEA announced on May 11 that the Navy would have to shell out an additional $120 million for the carrier, bringing its total cost to around $13.03 billion —well above the $12.9 billion cap set by Congress back in April.

It doesn’t help that the Navy is currently pushing lawmakers to expedite the purchase of a fourth Ford-class aircraft carrier.