“On August 13, 2020, an L-39 trainer from the training airbase crashed during a planned training flight in the Krasnodar Region. The crew of two pilots ejected. The pilots were not hurt,” the press office said in a statement.

The plane went down in a remote area, causing no destruction on the ground, the Defense Ministry said.

“The commission of the Flight Safety Service of the Russian Armed Forces is establishing the causes of the crash,” the ministry said.

The Aero L-39 Albatros is a high-performance jet trainer developed in Czechoslovakia by Aero Vodochody. The aircraft was designed during the 1960s as a replacement for the Aero L-29 Delfín as a principal training aircraft. It was the first trainer aircraft to be equipped with a turbofan powerplant.

The L-39 was exported to a wide range of countries as a military trainer. 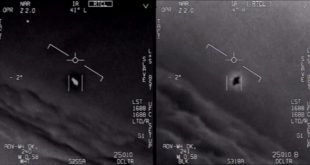 On Aug. 4, 2020, Deputy Secretary of Defense David L. Norquist approved the establishment of …