Inspired by ‘Captain Marvel,’ the new US film that hit cinema screens this week, a Russian aerobatic team took to the sky to show off their remarkable piloting skills.

Seven-time world champion in aerobatics Svetlana Kapanina and a group called Rus (Russia) have “painted” a star in the sky with the help of smoke exhaust from the planes for the Russian premiere of the Captain Marvel movie, the aerobatic team said in a statement.

“With the release date of the ‘Captain Marvel’ film, the ‘Rus’ group together with Svetlana Kapanina proved that cool pilots don’t only exist in superhero movies. This video has great weather, dashing turns, colourful smoke plumes”, the group has stated on its social media page.

The team has published a video of the aerobatics training in the Russian city of Vyazma on Vkontakte.

The pilots and their light jets performed this weekend to celebrate the newly released American superhero movie. Breathtaking footage shows four planes flying in a tight diamond formation, and then trailing blue and red smoke to mimic the star from the ‘Captain Marvel’ film.

One of the pilots was Svetlana Kapanina, who has been performing as an aerobatic display pilot since 1988. During her career, she has won the Women’s World Aerobatic Champion title seven times – more than any other pilot in the category.

The movie, starring Oscar-winner Brie Larson, focuses on the story of Marvel Comics character Carol Danvers, who eventually becomes Captain Marvel after Earth finds itself at the heart of a galactic conflict between two alien worlds. 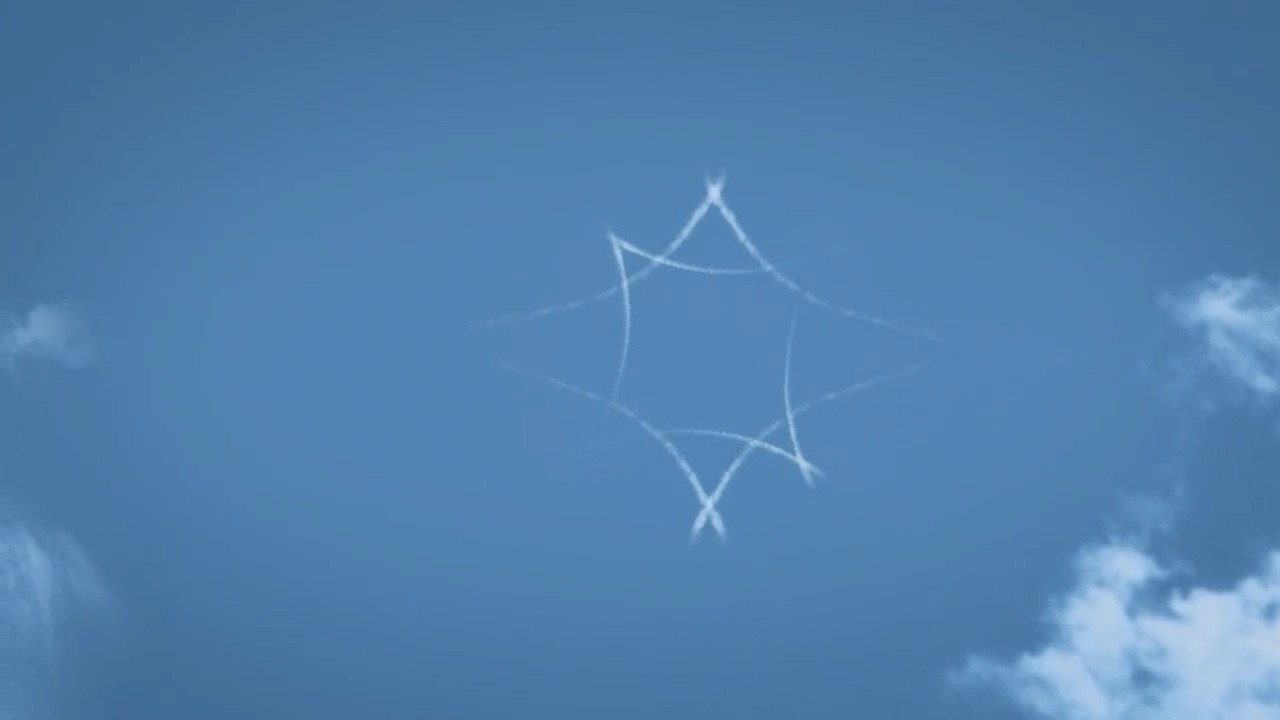 Previous RAF claims it kill 4,012 ISIS fighters and 1 Civilian in bombing in Iraq and Syria
Next Boeing 737 carrying 189 passengers makes emergency landing after reports of fire in cargo hold