However, the Taiwan Air Force Command Headquarters refuted these reports and clarified that they had only detected and closely monitored a few enemy planes in the island nation’s Air Defence Identification Zone (ADIZ).

The Taiwanese Air Force had issued a press release stating that they had dispatched fighter jets to drive away Chinese planes that had entered their airspace.

According to CNA, Beijing has sent two Xian H-6 bombers, 12 Shenyang J-16s, two Shenyang J-11s, two Chengdu J-10s, and one Shaanxi Y-8 anti-submarine aircraft near the southwest and northwest of the island nation.

The Air Force stated that it has been using joint intelligence, surveillance, and reconnaissance to detect Chinese military activity in real-time to preserve regional peace and stability. It also allayed fears of the public by saying that they are adapting to the situation according to the combat readiness regulations.

Recently, the Chinese state media Global Times had stated how the PLA is fully capable of achieving total air dominance and exercise “command of the seas” over the island of Taiwan and in the Straits.

Last week, the Chinese People’s Liberation Army Navy (PLAN) and the Air Force (PLAAF) conducted combat drills and almost intruded the Taiwanese airspace by “approaching it from four sides,” during the presence of a top American Diplomat in Taipei.

China has been increasing military drills in the South China Sea region and has been keeping a keen eye on the increasing ties between the US and its military partner Taiwan which Beijing considers a part of its own territory. 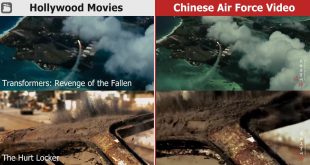