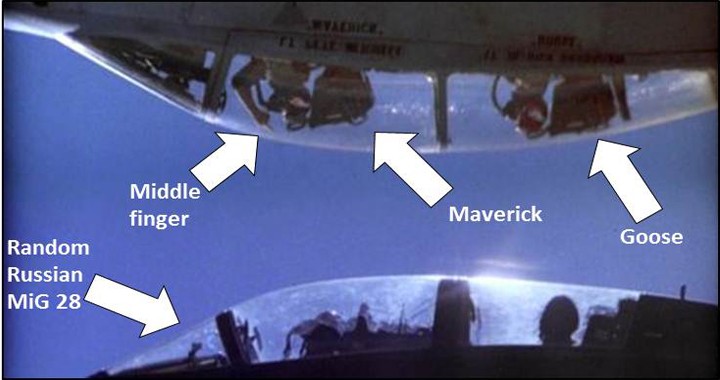 Dave “Bio” Baranek spent twenty years in the United States Navy, with assignments to F-14 Tomcat squadrons and the elite Topgun training program being some highlights of his career.

In 2010 Bio decided to make an outstanding gift to the aviation geeks worldwide when publishing his first book Topgun Days: Dogfighting, Cheating Death and Hollywood Glory as One of America’s Best Fighter Jocks

In his book, he revealed some never-before-told details about the famous movie Top Gun.

For instance, do you remember one of the most famous scenes of the motion picture, where Maverick and Goose’s F-14 flies inverted above the black two-seat F-5F (AKA MiG-28)? If not in the above video have a look at that stunning scene

Of course, for safety reasons, there wasn’t any aircraft flying inverted one above the other, and that iconic scene was obtained thanks to one of the few special effects in the film.

In fact, as Bio explains, many of the movie flying scenes were filmed from the specially equipped Learjet flown by the former fighter pilot Clay Lacy.

“I was to fly (aboard the F-5F) with Rat (actually Bob “Rat” Willard was the Topgun squadron’s primary coordinator for the movie) who briefed the flight. […] We would have two F-14s and four F-5s available, but the first scene would involve only the two-seat F-5F flying in formation alongside the Learjet. On a call from the Lear, both Rat and I would look up, acting as startled as we could.

Although there would be nothing above us, Rat explained how this shot would be used for the scene where Maverick’s Tomcat is inverted above the MiG-28. The F-14 would be added later in one of the few special effects in the film.”

So, once the aircraft took off Rat made a radio call to detach the three F-5Es to join the Tomcats, while he and Bio got into a tight formation on the Lear’s right side where Baranek saw “the glass window that made up a large panel on this side of the fuselage. One high-quality camera sat behind the glass, others were mounted on the top and belly of the Lear.”

Then, as Bio explains, a voice came from the Learjet. “ ‘A little forward. That’s good. When I count to three, both of you look up as quickly as you can. Remember, you’re startled. One, two, three!’

I looked up. It was hard to act startled in all my flight gear and an oxygen mask.

No feedback, just a small voice, ‘Ok let’s do it again. Remember, you are startled that there is an F-14 above you. One, two three!’ They didn’t teach us this in Pensacola.” 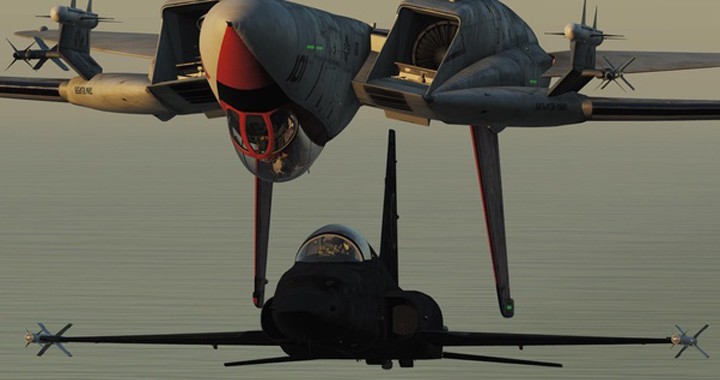 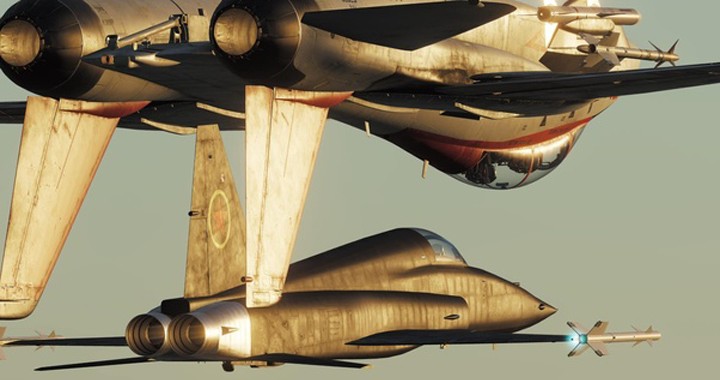