Top Aces is reportedly to buy F-16 Fighting Falcon fighter jets from Israel. Multiple news outlets reported that the deal to buy 29 jets that have been in use by the Israeli Air Force had been approved by U.S. State Department and Israel’s government.

The Top Aces officials confirmed that the company looks to buy a batch of 4th generation fighter platforms and already received approval to acquire and import up to 29 F-16s from an undisclosed country.

“The F-16 really is our growth platform for the future, especially for advanced adversary training,” said Paul Bouchard, president and chief executive officer. “It is the most prolific adversary aircraft in the Western world. It is the adversary aircraft of choice just because of its performance characteristics. It is a fourth-generation aircraft, so from an aircraft architecture standpoint, it can be equipped and configured in so many different ways. . . . And it is also scalable given there were more than 4,000 F-16s built. It is still a production aircraft. It has a lot of existing support in terms of sustainment.”

According to Skies magazine, if the deal with Israel is confirmed, the F-16 jets would be added to Top Aces’ current fleets of Dornier Alpha Jets and Douglas A-4 Skyhawks, and initially based at the F-16 Center of Excellence near the company’s U.S. headquarters in Mesa, Ariz.

The use of Top Aces aircrafts improves the lifespan of its customers’ fleets. The high level of performance achieved by Top Aces has earned it international recognition. In addition to Canada, the company provides services to the United Kingdom and Australia. Last fall, Top Aces also became a service provider for the US Air Force.

Last fall, the company raised C $ 100 million through a private equity offering. In fact, the Caisse de depot et de placement du Quebec became a shareholder of Top Aces on this occasion. The money raised was intended to finance the expansion and acquisition of aircraft. Last week, Top Aces completed the acquisition of 25 Belgian Alpha Jet. Following this announcement, I requested additional information from Top Aces. 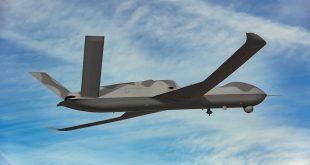