The U.S. Air Force (USAF) is moving forward with an experiment to drop cruise missiles from the back ramp of cargo aircraft.

The Air Force Research Laboratory (AFRL) revealed the test, which took place at Dugway Proving Ground in Utah on Jan. 28, 2020 in cooperation with Air Force Special Operations Command (AFSOC), in a press release on May 27, 2020.

“This successful [demonstration] is evidence of our commitment to evolve innovative weapons concepts and enhance our partnership with AFSOC to meet the needs of the National Defense Strategy,” Air Force Colonel Garry Haase, head of AFRL’s Munitions Directorate, said in the May 27 press release. “CLEAVER represents a different approach to launching large numbers of long-range weapons, which will bring a new dynamic to the high-end fight.”

Dropping cruise missiles from cargo aircraft is considered a cheaper alternative to designing a clean-sheet bomber. USAF leaders have recently discussed the possibility of developing an “Arsenal Plane”, a new bomber which would carry large numbers of cruise missiles into combat.

As part of the January experiment, munitions were stacked upon wooden pallets, called Combat Expendable Platforms, and rolled off the back of the MC-130J.

The Phase 1 demonstrations were conducted during three airdrops at Dugway Proving Ground, Utah.

CLEAVER is an experimental cruise missile. The USAF envisions cargo aircraft, such as the C-130 or Boeing C-17 Globemaster III carrying the weapons to the edge of the air battle, and then dropping and firing the missiles deep into enemy airspace.

The weapons would be networked with each other and other aircraft. The missiles would be semi-autonomous, and accompany unmanned air vehicles and fighter jets on combat missions, the service says.

The USAF wants the missiles to swarm and overwhelm a target. In particular, long-range cruise missiles are seen as a means to destroy military targets while remaining beyond the reach of China and Russia’s anti-aircraft missile batteries.

In future demonstrations, AFSOC plans to test different variants of CLEAVER, including glider and powered types, as well as fully functional missiles with warheads and terminal guidance systems, it says. 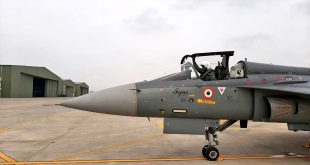