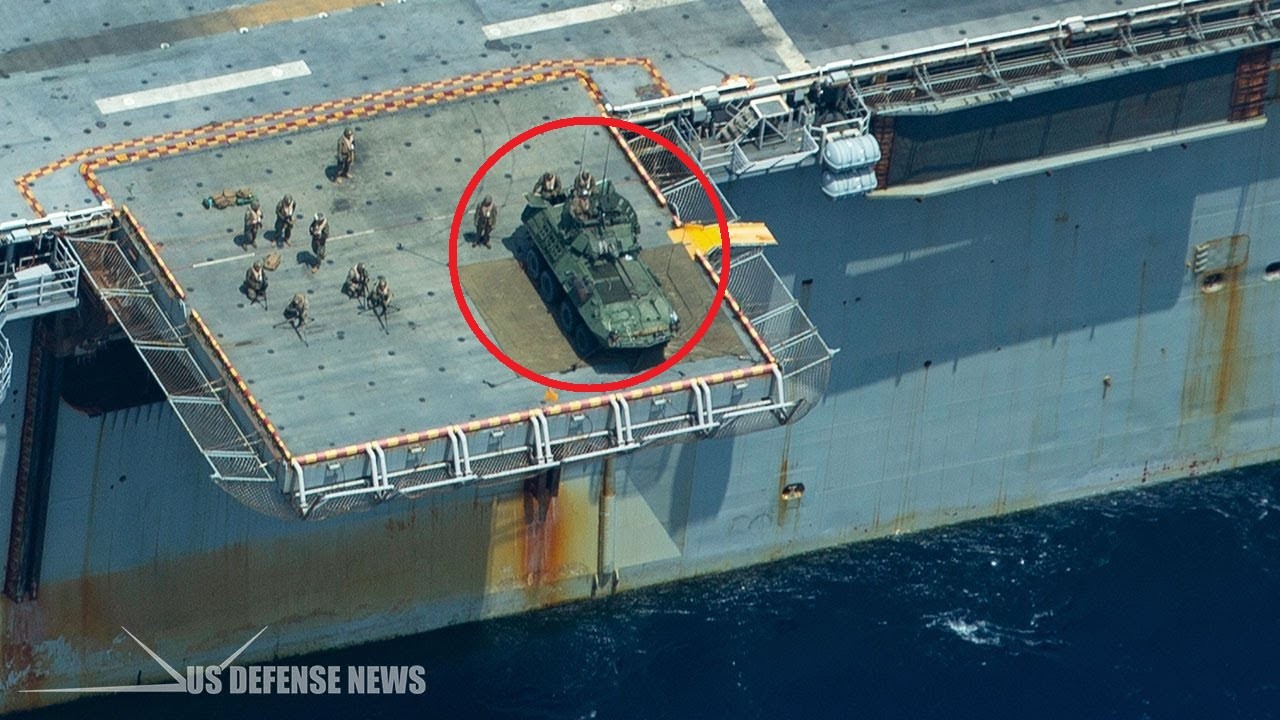 In September, Marines with the 31st Marine Expeditionary, or MEU, embarked aboard the amphibious assault ship Wasp parked LAVs on the flight deck for a ship defense drill in the South China Sea that was designed to mimic the MEU’s voyage through dangerous waters.

While the use of the Corps’ LAVs aboard the amphib ship was innovative, it opens a slew of questions about the security and capabilities of large U.S. Navy and transport ships operating in dangerous waters across the globe that may have to rely on aging Marine assets to counter some surface threats.

Marine Maj. Gen. David. W. Coffman, director of Expeditionary Warfare for the Chief of Naval Operations, while speaking at the Hudson Institute in November about the Future of Navy Expeditionary Warfare, said the Corps was looking at ways to make Navy and transport ships more lethal by integrating Marine Corps assets.

“Can you get creative on it? I think you could. I can tell you I watched an MEU commander strap an LAV to the front of a flight deck because it had better sensors than the ship did to find small boats,” Coffman said to audience members at the Hudson Institute in Washington Nov. 9.

A spokesman for the 31st MEU, Capt. George McArthur, said this fall’s drill aboard the Wasp didn’t involve sensors in the technical sense, but the use of optics.

“The drill brought together the capabilities of the ship and Marines with precision weapons and equipment including M41A4 SABER system optics, used for observation,” McArthur said.

The Saber system is part of upgraded optics and target acquisition capabilities for the Corps’ anti-tank guided missile system known as the BGM-71 TOW.