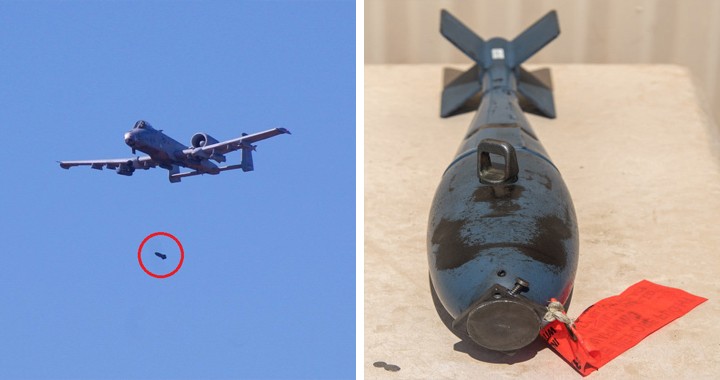 Thankfully, the bombs were BDU-33s, small simulation non-explosive training munitions that do not create an explosion.

Moody Air Force Base, where the training mission was deployed, is still warning the public not to approach any of the bombs.

“If the training munition is found, do not approach it, take note of the location, leave the area and keep others away,” the U.S. Air Force said in a news release.

The exact location is unknown but the suspected area is located 54 miles southwest of Moody Air Force Base in the general vicinity of 2 kilometers west of Highway 129 near Suwannee Springs.

No injuries or damages have been reported at this time. The incident is still currently under investigation.

The BDU-33 is a 25-pound training munition used to simulate the Mk-82 500-pound bomb. It is approximately 22 and a half inches long and is blue in color. Although the training munition is inert, it is equipped with a small pyrotechnic charge and should not be handled.

The BDU-33 B/B Practice Bomb has a teardrop-shaped, cast-metal body with a hollow round cavity lengthwise through the center of the body.