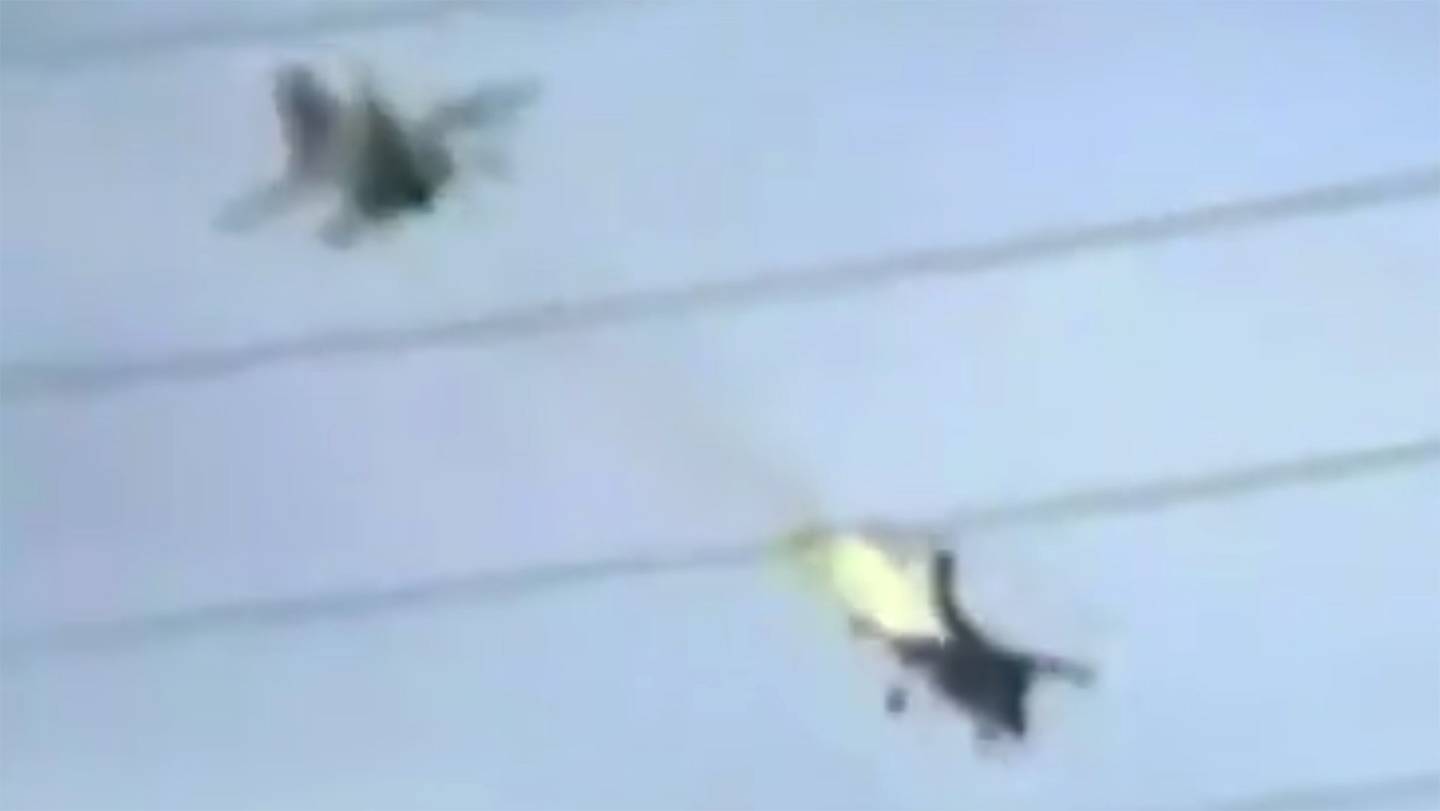 The Venezuelan coup attempts of 1992 were attempts to seize control of the government of Venezuela by the Hugo Chávez-led Revolutionary Bolivarian Movement-200.

The first coup attempt took place on February 4, 1992, and was led by Chávez. A second coup attempt on November 27, 1992, took place while Chávez was in prison but was directed by a group of young military officers who were loyal to the Revolutionary Bolivarian Movement-200

This led to the crazy close-in, the low-level engagement between one of those Broncos and an M61 cannon-slinging F-16A pilot loyal to the Venezuelan government. This incident can be seen in the relatively astonishing video below.

The footage is remarkable as it is shot by a bystander on the ground and shows the F-16 turning into the OV-10 before popping its speed brakes and letting loose a burst of 20mm cannon shells.

The OV-10E stood little chance against the marauding Viper, and its shattered airframe burst into flames before careening into the ground.

The whole engagement appears to have occurred just a couple hundred feet in the air.

It was one of three kills by two F-16 pilots, including one more Bronco and an AT-27 Tucano, that occurred during the coup attempt.