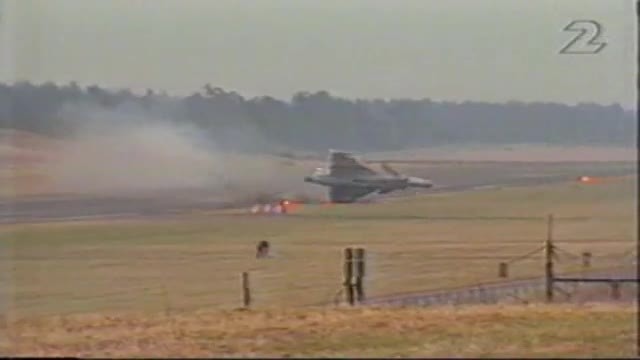 In which Eight Gripens were destroyed in crashes, two of them before the delivery to the Swedish Air Force

Out of Ten Gripen Crash, 3 of them caught on camera. You can view their views below

On 2 February 1989, the first prototype JAS 39-1 crashed on its sixth flight, when attempting to land in Linköping. The pilot, Lars Rådeström, remained in the tumbling aircraft and escaped with a fractured elbow and some minor injuries. The crash was the result of pilot-induced oscillation (PIO). Extremely gusty winds also contributed. The accident investigation committee later concluded that the problem was software related

On 14 January 2017, a Gripen crashed during an air show for the Children’s Day in Hat Yai, Songkhla province, Thailand. Sqn Ldr Dilokrit Pattavee was killed when the aircraft crashed on a runway at Wing 56 during the air show at around 9.20 am. The investigation did not find any problems with the aircraft, and the cause of the crash is suspected to be pilot spatial disorientation

On 8 August 1993, a production JAS 39A Gripen (serial number 39-102) crashed on the central Stockholm island of Långholmen, near the Västerbron bridge, when the aircraft stalled after a slow speed manoeuver during a display over the Stockholm Water Festival. The problem was later identified as the same software malfunction in the flight control system as the one in the crash of 1989 and was corrected as late as 1995. The pilot – Rådeström again ejected from the aircraft, and landed safely by parachute, though he became stuck in a tree. The aircraft fell to the ground and caught fire on impact. Despite large crowds of onlookers, only one person on the ground was injured, and the fire was soon put out.


On 20 September 1999, a JAS 39A Gripen (serial no 39-156[2]) from Airwing F 7 Såtenäs crashed into Lake Vänern during a dogfight exercise. After passing through the wake vortex of the other aircraft, the aircraft abruptly changed course, and the pilot, Capt. Rickard Mattsson got a highest-severity warning from the ground-collision warning system. He ejected from the aircraft and landed safely by parachute in the lake, where his colleague observed him getting into the inflatable life raft. He was picked up by a rescue helicopter 27 minutes later.

On 1 June 2005, a JAS 39A Gripen (serial no 39-184) from Airwing F 17 Kallinge, when acting as a target in a dogfight exercise, apparently ceased to obey commands from the pilot, LtCol Axel Nilsson. After attempting to regain control while the aircraft slowly descended, the pilot ejected from the aircraft and landed safely by parachute.

On 19 April 2007, a JAS 39C Gripen (serial no 39-259) from Airwing F 21 Luleå crashed at the Vidsel airfield in northern Sweden. The pilot, Capt. Stefan Kaarle was involuntarily ejected out of the aircraft in mid-air while approaching the airstrip in order to land. He landed safely by parachute.

On 19 May 2015, a two-seater JAS 39 D number 42 from the Hungarian Air Force overran the runway at Čáslav Air Base, Czech Republic. Both crewmen (Bg.Gen Ugrik and Maj. Grof) ejected safely with no injuries. The aircraft was heavily damaged with the nose section separated.

On 10 June 2015, a single-seater JAS 39C number 30 from the Hungarian Air Force performed a belly landing at Kecskemét Air Base, Hungary. The pilot, Major Sándor Kádár, ejected successfully but suffered spinal injuries. The aircraft is under repair. 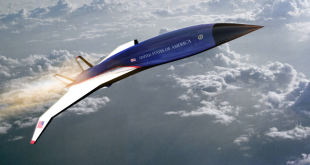