Home / Air / Watch XB-70 Valkyrie: The largest and fastest bomber that the US ever built

Watch XB-70 Valkyrie: The largest and fastest bomber that the US ever built 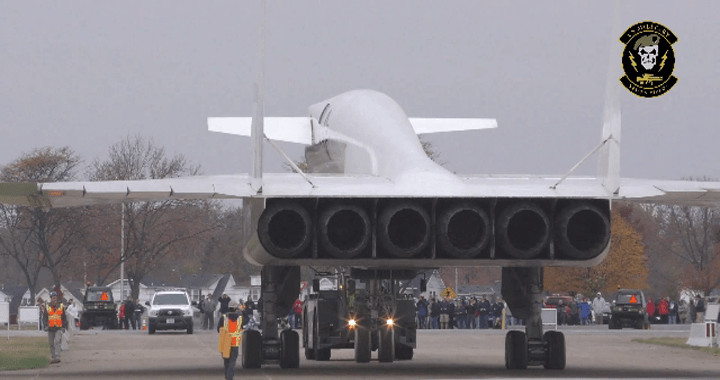 XB-70 Valkyrie is the largest and fastest bomber that the US ever built. It was 185 feet long,105 feet wide And 30 feet tall.

It had six General Electric J-93 turbojets, each providing the XB-70 with 30,000 pounds of thrust.

The XB-70 was developed in the 1950s to outrun enemy interceptors and air defenses but ended up being doomed by the birth of surface-to-air missiles.

In 1961, President John F. Kennedy scratched the XB-70 as an actual bomber program — but the aircraft continued to fly for research purposes until February 1969.

The XB-70 continued flying for research purposes until February 1969, and much of the research done contributed to the development of the B-1 bomber.

Previous Scary Video of landing on an aircraft carrier at night with an electrical failure
Next Project Habakkuk: Britain Wild Plan To Make Icebergs Into Aircraft Carriers