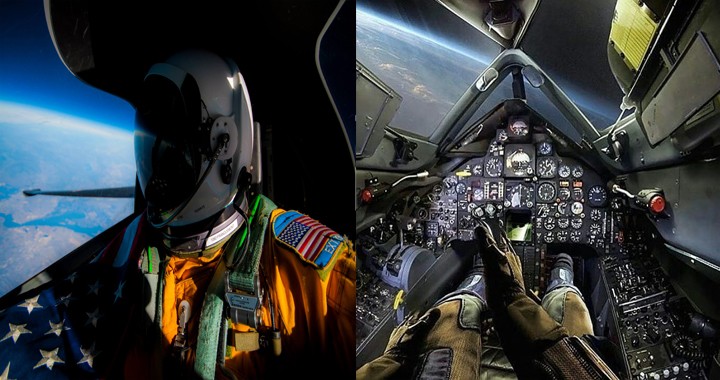 on Jan. 25, 1966 when Blackbird tail number 952 disintegrated mid-air during a systems evaluation flight. The mission was intended to investigate procedures designed to reduce trim drag and improve high Mach cruise performance while the centre of gravity (CG) was located further aft than normal, reducing the Blackbird’s longitudinal stability.

The SR-71 was driven by Bill Weaver with a Lockheed flight test specialist, Jim Zwayer in the back seat and it took off from Edwards AFB at 11:20 am. They refuelled from a KC-135, accelerated to Mach 3.2 and climbed to 78,000 feet, which was their initial cruise altitude.

Forcing the aircraft to roll further right and start to pitch up. An inlet unstart happened when a shock wave was rapidly ejected back outside the inlet.

When an inlet unstart occurred a device called the cross-tie system was enabled to minimize the extreme rolling and yaw of the aircraft and to prevent the good inlet from not starting.

At the same time, the cross-tie system also restarted the good engine.

Since the chances to survive an ejection at Mach 3.18 and 78,000 feet weren’t very good

Weaver recalls that he was “still trying to communicate with Jim, he blacked out, succumbing to extremely high g-forces. Then the SR-71 literally disintegrated around them .”

Weaver was somehow separated from the aeroplane.

He had no idea how this could have happened because he didn’t initiate an ejection.

Read more: Aftermaths Of Ejecting from the fighter jet at Supersonic Speed

The pressure suit proved to be a very effective protection for Weaver.

After landing, Weaver was rescued by Albert Mitchell Sr., owner of a ranch in northeastern New Mexico

who helped him with the chute, then reached Zwayer who had landed not far away, with his own Hughes helicopter.

He had suffered a broken neck during the aircraft’s disintegration and was killed almost instantly.

Moreover, Mitchell said that his ranch foreman would watch over Zwayer’s body until the arrival of the authorities and he flew Weaver to the Tucumcari hospital.

Investigation of the incident determined that the nose section of the Blackbird had broken off aft of the rear cockpit and crashed ten miles from the main wreckage.

The resultant very high g-forces had literally ripped Weaver and Zwayer from the airplane. After this crash, testing with the CG aft of normal limits was discontinued, and trim-drag issues were resolved via aerodynamic means.

Moreover, the inlet control system was improved and the inlet unstarts almost stopped with the development of the Digital Automatic Flight and Inlet Control System.