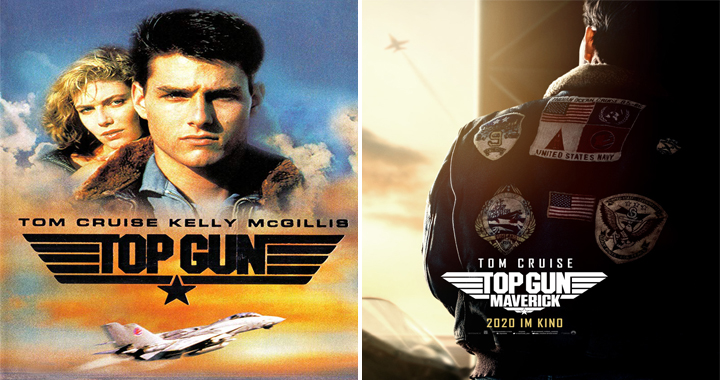 It’s been 34 years since Top Gun came out, the top gun sequel Top Gun: Maverick is scheduled to be theatrically released in the United States on June 26, 2020, by Paramount Pictures.

In 1986s starring Tom Cruise as hotshot naval aviator Lt. Pete “Maverick” Mitchell, Top Gun was seen as a boon to the U.S. military’s public image after years of dramas about the failures of the Vietnam War had severely diminished its reputation.

The Navy had even consulted on the film and was believed to be fully behind the development of a sequel, shortly after Top Gun became a commercial success. However, that seemingly changed in the wake of a major scandal five years later.

In September 1991, at the 35th Annual Tailhook Association Symposium at the Las Vegas Hilton, more than 100 Navy and Marine aviators allegedly sexually assaulted and harassed 83 women and seven men, forcing them to “walk the gauntlet” as aviators lined the hallways of the hotel’s third floor and made them walk by in order to reach their rooms, groping and sexually assaulting them along the way.

The scandal resulted in a massive inquiry by the Naval Criminal Investigative Service and more than 300 Naval officers (including fourteen admirals) having to face consequences, with many being pushed out of the Navy.

According to Medium, this also led the Navy to withdraw its support for the then-in-development Top Gun 2, on the grounds that the original movie had encouraged the behavior in the Tailhook Scandal (specifically, during a scene when Cruise as Maverick propositions Kelly McGillis’ character, Charlotte Blackwood, by following her into a bathroom at a bar, shortly after meeting her).

Cruise, Tony Scott, and Top Gun producer Jerry Bruckheimer would go on to (separately) churn out hit after hit in the 1990s and 2000s before ultimately revisiting the Top Gun sequel in 2010 (well after blowback from the Tailhook Scandal had died down).

Scott expressed an interest in examining the shift from the Navy’s dogfighting era to modern-day aerial drone warfare in the film, and Cruise and Bruckheimer were reportedly committed to making his vision a reality. Of course, that changed when Scott died by committing suicide in 2012, which led to Top Gun 2 being indefinitely postponed in the aftermath of his death.

It started to move forward again two years later but didn’t lock down a new director (Joseph Kosinski, who had previously worked with Cruise on Oblivion) and a 2019 release date until the summer of 2017. Finally, its initial release date was pushed back another year to 2020 after that, in order to give the production time to properly plan out and coordinate its aerial sequences.

It’s safe to assume this summer’s Top Gun: Maverick is a far cry from whatever Cruise and his collaborators had in mind, back when they first started development on a Top Gun sequel in the late 1980s.