Test Pilot Paul Metz The Only Man Who Flew Both F-22 & YF-23 gives an in-depth brief on the YF-23 and the Advanced Tactical Fighter program, including his thoughts on why the F-22 won.

Test pilot Paul Metz started his career as an F-105G Wild Weasel pilot in Vietnam and went on to become one of America’s preeminent test pilots.

He flew Northrop’s YF-23 on its first flight during the Advanced Tactical Fighter (ATF) competition that pitted the jet against Lockheed’s YF-22 and also went on to do the same for the F-22A.

In the video below, he describes what the ATF program was like from the inside and just how good the YF-23 actually was.

The lecture was put on at the Western Museum Of Flight—where one of the YF-23 is on display.

After flying the pre-production F-22, a far more mature machine than the YF-23 ever was, he makes it quite clear that Northrop’s offering was on par with Lockheed’s, if not superior.

The hardest hitting quote comes at the end of the lecture by the two test pilots, where Metz states:

“Never hang your head in shame about what we did. We built a tremendous product that would stand side-by-side with anything else, and in many cases exceed the capabilities of anything else. And we can always be proud of that.”

Both aircraft met the ATF requirements and that Lockheed was chosen because the Air Force had greater confidence they could better manage the program. 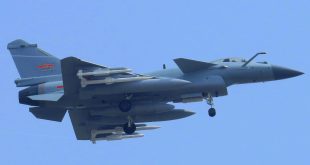