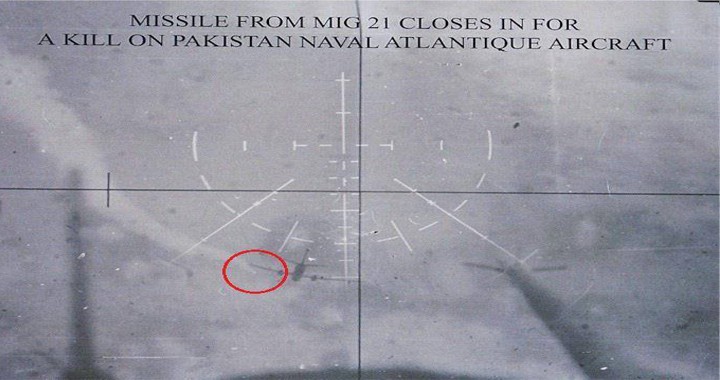 On 10 August 1999, 20 years ago, an Indian Air Force MiG-21 shot down a Pakistan Navy Dassault ‘Atlantique’ over the Rann of Kutch.

The French-built Breguet Atlantic, c/n 33, flight Atlantic-91, of 29 Squadron, was one of the Pakistan Navy’s frontline aircraft, used primarily for patrol and reconnaissance. Atlantic-91 left Mehran naval base in Pakistan at 9:15 am PKT (9:45 IST). 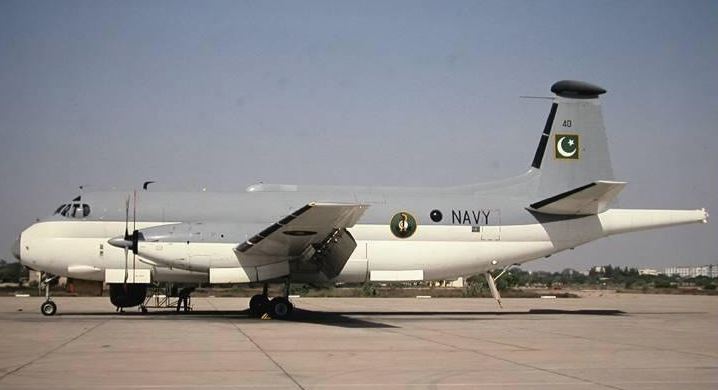 Indian Air Force ground radar picked up the plane as it approached the India-Pakistan border. Two IAF MiG-21 interceptor aircraft of No.45 Squadron, from the Indian airbase at Naliya in the Kutch region, were scrambled.

After a series of manoeuvres—with conflicting versions of events from both sides—the two jets were given clearance to shoot down the Pakistani plane.

At 11:17 am IST (10:47 am PKT), nearly two hours after takeoff from Pakistan, the Atlantic was intercepted and an infrared homing R-60 air-to-air missile was fired at it by Squadron Leader P.K. Bundela, hitting the engine on the port side of the plane.

In this gun camera image, we can see the MiG’s R-60 air-to-air missile heading towards the port turboprop engine of the doomed ‘Atlantique’ (highlighted). The incident, referred to as the “Atlantique incident”, is considered the single largest combat loss suffered by the Pakistani Navy since the 1971 Indo-Pak War.

This resulted in the aircraft going out of control and spiralling down, crashing at approximately 1130 hours IST, at the approximate location 23°54′N 68°16′E. All 16 personnel on board the Atlantic-91, including five officers of the Pakistan Navy, were killed. 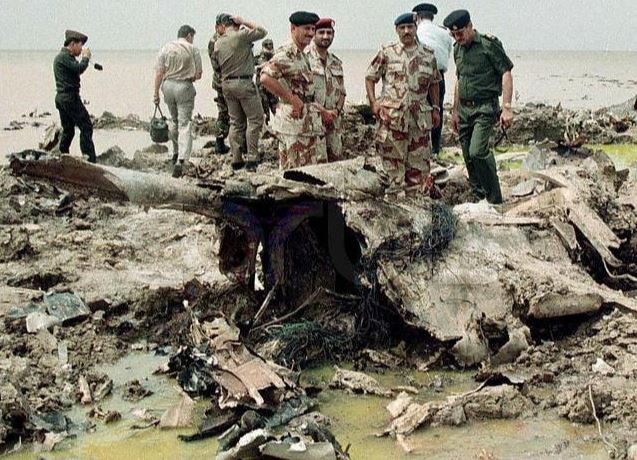 The event immediately sparked claims and counter-claims by both nations. Pakistan claimed that the plane was unarmed and the debris was found on Pakistan’s side of the border, and there was no violation of Indian airspace. According to the official Pakistan version of events, the plane was on a routine training mission inside Pakistan air space. The Pakistani Prime Minister stated during the funeral service of the airmen that the shooting was a barbaric act.

Enlarged map of the region showing Kori Creek and Sir Creek area, where the plane was shot down and wreckage was found respectively.

The Indian Air force claimed that the aeroplane did not respond to international protocol and that it acted in a “hostile” manner, adding that the debris of a downed aircraft could fall over a wide radius. India also alleged that the plane violated a bilateral agreement, signed by India and Pakistan in 1991, under which no military aircraft were to come within 10 km of the border(although Pakistan claimed the Atlantic was not a combat aircraft). Indian experts also questioned why a training mission was being carried out so close to the border, when all air forces conduct training flights in clearly demarcated training areas located well away from international boundaries.