The Man Who Shot Down An Enemy Aircraft With A Rifle

He was sent to Bahawalnagar in the 1971 war. His duty was to keep eyes in the sky and to report the presence of any enemy Aircraft.

With another NCO Asghar Ali, they established their observation post on a high water tank near the railway station.

The very next day, On 08 December 1971, they noticed a low-level IAF Mystère IVA aircraft flying at high-speed approaching towards their post, The Mystere opened fire on them but luckily it didn’t hit the target.

For the Second attack when aircraft was coming both men grabbed their G-3 rifles. Cpl tech opened fire on aircraft and shot 18 fires with great accuracy. By this time aircraft started emitting smoke. And the aircraft nose-dived and crashed few miles away.

Cpl tech Ghazanfar chased the aircraft by asking a motorcyclist for a lift and he chased it to that he could. Then he returned and later it was confirmed.

For this unbelievable act of valour he was awarded with Tamgha e Jurat. 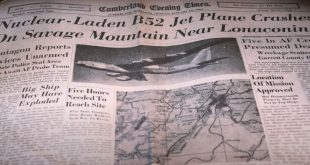