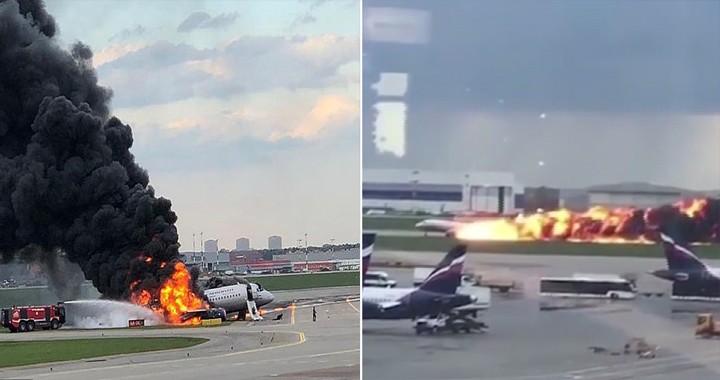 Aeroflot flight 1492, a Sukhoi Superjet 100-95B, returned to land at Moscow’s Sheremetyevo Airport in Russia.

Forty-one people are believed to have died after a Russian passenger plane made an emergency landing at Moscow’s busiest airport and caught fire, investigators said on Sunday.

‘There were 78 people including crew members on board the plane,’ the Investigative Committee said in a statement.

A fire erupted and all occupants evacuated on the runway. The aircraft took off from Sheremetyevo Airport’s runway 24C at 18:03 hours local time on a scheduled service to Murmansk.

The aircraft circled back and landed again at 18:30. Videos of the aircraft show it being on fire as it slid down the runway.

The moment the flaming Aeroflot Superjet makes an emergency landing at Sheremetyevo. Reports that a lightning strike may have lit the engine on fire https://t.co/ySVAWQkycp pic.twitter.com/sLKBhW0JLf

“For the moment, we confirm the death of 13 people, two of them children,’ said a spokeswoman for the crash investigation team, Svetlana Petrenko, the agency reported.

In the videos, passengers could be seen leaping onto an inflatable slide at the front and running from the blazing plane as huge black columns of smoke billowed into the sky.

Data from tracking website Flightradar24 indicates the emergency happened around 30 minutes after take-off.

“It attempted an emergency landing but did not succeed the first time, and on the second time the landing gear hit (the ground), then the nose did, and it caught fire,” a source told Interfax news agency.

Breaking: Video shows inside the Aeroflot plane on fire in Moscow, Russia. At least 13 people died in the accident. pic.twitter.com/sysCTRi2qo

In a statement, Aeroflot said the motors were likely to have caught fire mid-air.

Investigators have opened a criminal probe into a possible breach of security rules.

The flight crew elected to return to the airport aircraft circled back. About 18:17 the aircraft overshot the runway centerline. Altitude at that time was about 2400 feet.

The aircraft continued the right-hand turn, completed a circle and proceeded on the final approach. CCTV footage shows the aircraft bouncing on the runway after what looks like an initial touch down.

After the second touchdown flames erupted and engulfed the rear of the aircraft. The aircraft slid to a stop on the grass between runway 24L and two taxiways. An emergency evacuation was then carried out. 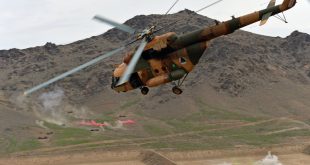 The Afghan military helicopter made an emergency landing in adverse weather conditions. The crew members …