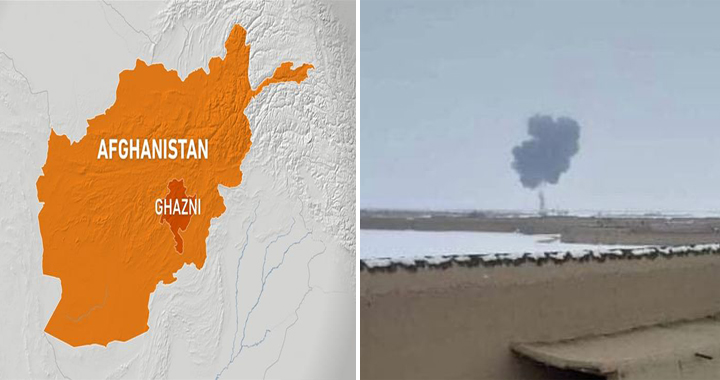 A mystery plane crashed Monday in Taliban-held territory in Afghanistan’s Ghazni province, south of the capital, Afghan officials said. It was not immediately clear how many people were on board the plane. Ariana Afghan Airlines denied reports that it was one of its passenger jets that had come down.

Arif Noori, the spokesman for the provincial governor, said the plane went down around 1:10 p.m. local time (8:40 a.m. GMT) in Deh Yak district, which is held by the Taliban. Two provincial council members also confirmed the crash.

Senior government officials initially said it was a Boeing 737-400 belonging to Ariana Afghan Airlines, but the state-owned carrier denied the reports and officials later said the jet was likely owned by a foreign company. According to Mirwais Mirzakwal, the company’s acting director. The state-owned airline also released a statement on its website saying all its aircraft were operational and safe.

The plane crashed and caught fire due to technical reasons, the spokesman said.

No details about casualties have been given.

According to reports, members of the Taliban were at the crash site and attempting to put out a fire, and Afghan special forces were on their way to the scene.