Helicopter crashes into structure in Williamsburg

Virginia State Police say at least one person is dead after a helicopter crashed into a townhouse complex in Williamsburg Sunday afternoon, sparking a massive fire.

The FAA says the pilot was the only person onboard the R44 helicopter when it crashed.

According to troopers, a 911 call was received at 4:42 Sunday afternoon for the aircraft crash into the Bristol Commons complex on Settlement Drive, right off Ironbound Road.

As of 8:30 p.m., Virginia State Police reported that search and recovery efforts were ongoing at the scene and that there was one confirmed fatality inside the residential structure.

The College of William and Mary says via Twitter the crash happened in a residential area near Dillard Complex.

The impact of the crash caused a fire in the townhomes.

The Hampton Roads area has a large amount of military aviation traffic- including Navy and Army helicopters from Naval Station Norfolk and Ft. Eustis.

Ft. Eustis is about 10 miles, Norfolk is about 25 miles. But we have Aircraft from Norfolk fly to Langley and Newport News 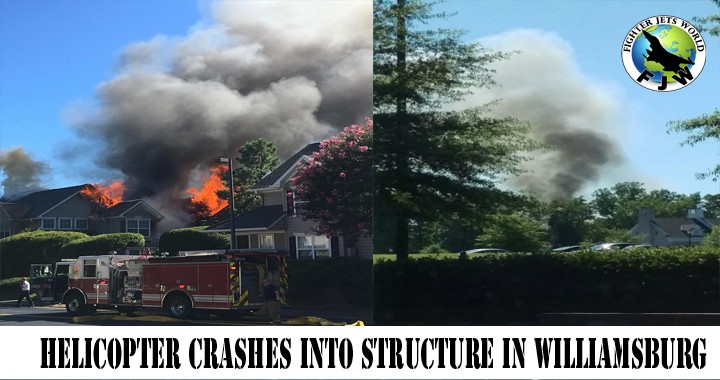