Indonesian authorities say they have found the location where they believe a Boeing 737 passenger plane crashed into the sea shortly after take-off from the country’s capital Jakarta on Saturday.

The Indonesian Navy has determined the coordinates of the plane and ships have been deployed to the location, Navy official Abdul Rasyid said.

“The coordinates have been found and have been given to all Navy vessels in the area,” he told reporters.

Indonesian military chief Air Chief Marshal Hadi Tjahjanto said teams on the Rigel navy ship equipped with a remote-operated vehicle had detected a signal from the aircraft, which fit the coordinates from the last contact made by the pilots before the plane went missing. “We have immediately deployed our divers from navy’s elite unit to determine the finding to evacuate the victims,” Tjahjanto said.

Indonesian rescuers pulled out body parts, pieces of clothing and scraps of metal from the Java Sea

The 26-year-old Boeing 737-500 passenger plane was carrying 62 passengers and crew, including 10 children, when it plunged more than 10,000 feet in less than a minute shortly after taking off from the Indonesian capital for the 90 minute flight.

More than 12 hours since the Boeing plane operated by the Indonesian airline lost contact, little is known about what caused the crash. Fishermen in the area around Thousand Islands, a chain of islands north of Jakarta’s coast, reported hearing an explosion around 2:30 pm on Saturday. “We heard something explode, we thought it was a bomb or a tsunami since after that we saw the big splash from the water,” fisherman Solihin, who goes by one name, told The Associated Press by phone.

The aircraft, a Boeing 737-500 registered PK-CLC, arrived at Jakarta-Soekarno-Hatta International Airport at 12:11 hours local time after a flight from Pangkal Pinang. The subsequent flight for the aircraft, SJ182, was due to depart at 13:40.

Weather at the airport was poor with heavy rainfall and low clouds due to a thunderstorm in de vicinity. This caused a delay in departure. At 14:18 the aircraft was cleared to taxi to runway 35R.

It reached an altitude of about FL110 before entering a rapid descent, according to ADS-B tracking data from Flightradar24. The last position was recorded at 14:40 UTC over the water of the Java Sea, some 19 km from the airport and 7 km north of the shore. ATC noticed the aircraft had been turning to the northwest instead of following the planning heading of 075°. 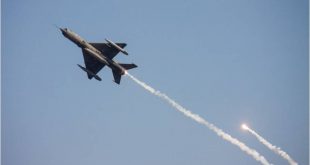