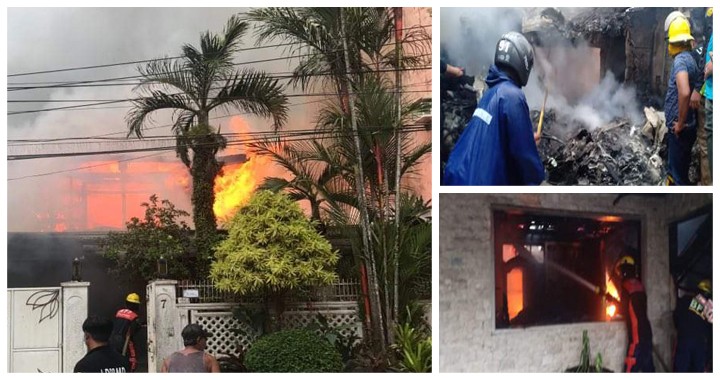 A Beechcraft B300 King Air 350 crashed into a swimming pool of a resort when performing a medical evacuation flight.

The small plane reportedly crashed at Miramonte Village in Barangay (village) Pansol, Calamba, Laguna. Two persons on the ground were injured when the plane went down.

Footage on social media showed the chaotic scene as an ambulance drove towards a building that was engulfed in flames and witnesses shouted for help in the street.

Eric Apolonio, a spokesman of the Civil Aviation Authority of the Philippines, said the light plane was on a medical evacuation flight from southern Dipolog city in Zamboanga del Norte province and disappeared from radar for unknown reasons as it flew over Laguna, about 60 kilometers (37 miles) south of the capital. The plane was supposed to land in Manila.

The nine on board the plane included two pilots, two nurses, a doctor, a patient, the patient’s wife and two other people, police said.

The crash happened during the monsoon season, when fewer people visit Pansol’s resorts compared to the hot summer months that ended in June.