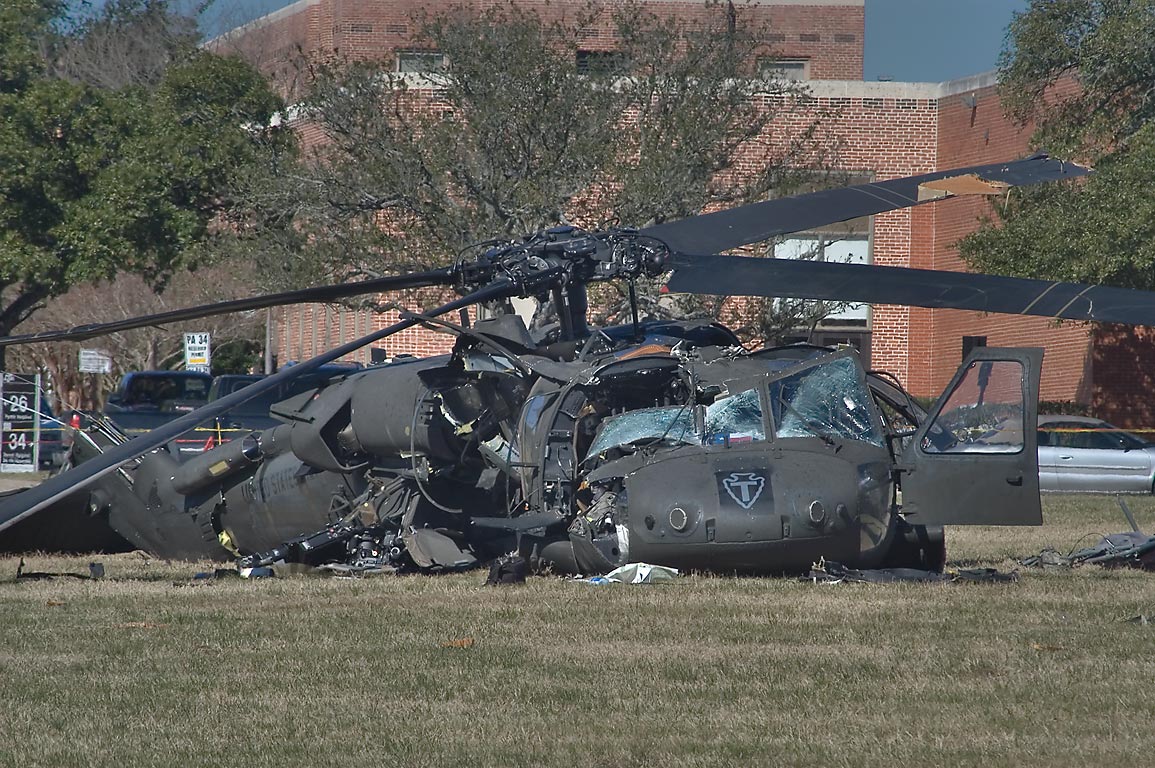 In a Facebook post, JRTC and Fort Polk said that emergency services immediately responded to the scene and that the accident is under investigation.

A spokesperson for Fort Polk told ABC News that the helicopter was a UH-60 Black Hawk medevac unit comprised of four soldiers that crashed just after 12 a.m. en route to pick up another soldier needing treatment for heat-related symptoms. That individual is OK.

Two of the injured members were sent to Rapides Regional Medical Center. The third was sent to Bayne-Jones Army Community Hospital. All three injuries were non-life-threatening.

“One of their biggest missions on Fort Polk is to fly medevac and they were on their way to pick up a routine injury out in the training area. There are accidents out there, minor ones, soldiers get overheated, soldiers sprain their hands, stuff like that…We have personnel from Fort Rucker, the Army Aviation Safety Center, who are in-route here to Fort Polk to begin the investigation.”

The crash is still under investigation and names will not be released until possibly Friday.

Senator John Kennedy sent his condolences on Twitter, saying, “I’m saddened to learn about this tragic accident at Fort Polk.
My thoughts are with the family of the fallen, with the service members who were injured and with all the men and women at Fort Polk who are mourning the loss of a friend.”

Senator Bill Cassidy tweeted, “A terrible accident has happened today at Fort Polk and my heart breaks to hear it. Praying for the families and friends of the Army service members involved in this tragedy. God bless them.”

Rep. Mike Johnson also released a statement, saying: “I am deeply saddened by the report of the tragic accident at Fort Polk early this morning.
My office is closely monitoring the situation and is in contact with Fort Polk officials to receive updates as the situation develops.

Kelly and I join all Louisianians in praying for the family of the brave soldier who passed away and for a speedy recovery for those who were injured. We cannot thank the men and women of Fort Polk enough for all they do, at home and abroad, to keep us safe.”