“On September 22, a Su-30 jet of the Western Military District has crashed during a planned training flight in the Tver Region. The crew has safely ejected. After landing, the pilots made contact,” the message informs. The crew members have been evacuated to their air base.

“The plane crashed in the forest area. There is no destruction on the ground. In order to determine the causes and circumstances of the incident, a commission of the Western Military District was sent to the crash site,” the press service added.

According to the Defence Ministry, the pilots have already contacted the military, and evacuated to their base, so their lives are not endangered.

At the moment, there have been no reports specifying the causes of the incident. The Western Military District sent a commission to the site of the incident to conduct an investigation.

Its most recent version, known as Su-30SM, was first received by the Russian forces in 2012 and has participated in the Syrian campaign.

Different models of the Su-30 were purchased over the decades by China, India, Indonesia, Malaysia, Vietnam, Armenia, Belarus, and other countries. 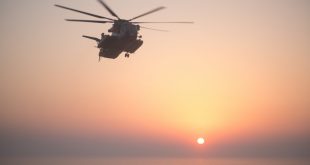