A MiG-21 of the Serbian Air Force crashed in Brasina, near Loznica, under unknown circumstances. A person on the ground was injured. The two pilots have died in the crash.

Prosecutor Zoran Obradovic said both pilots were killed in the crash and that one resident of the village of Brasina was injured.

A team of the Search and Rescue Service of the Air Force and Air Defence as well as the fire brigade were sent to the incident area.

The ministry stressed that the jet had been inspected that morning at the airport in accordance with procedures, and was ready for flight.

The plane crashed at around 9 am in the yard of a house in the village of Brasina, near Mali Zvornik. It took off from Batajnica airport, near Belgrade, N1 television reported.

The Serbian air transport portal Tango Six said the jet was most likely a MiG-21UM, the only class of MiG-21 still active in the Serbian military.

The plane was overhauled in 2016 and was the youngest of the MiG-21s originally supplied in 1986 by the Yugoslav Army. Following an overhaul, it was deemed safe to fly until 2026. The plane was again grounded in 2018 but resumed flying again in May this year, according to Tango Six.

The Serbian Air Force has been conducting numerous training flights over the past several days in preparation for the major ‘Cooperation 2020’ military exercise scheduled for October. 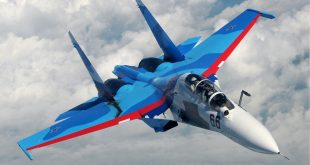