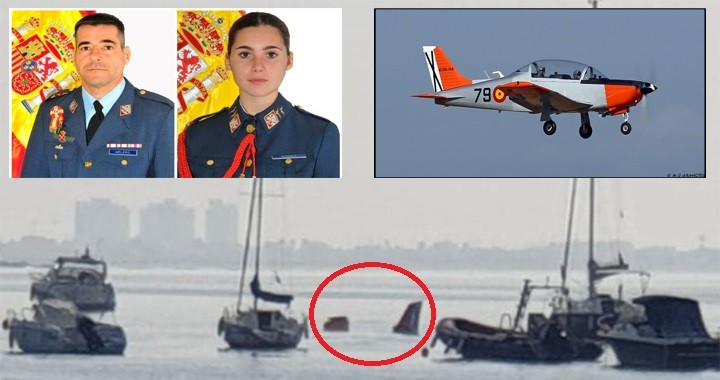 A Spanish Air Force ENAER T-35B Pillan trainer plane crashed into the sea under unknown circumstances. Both the instructor and the trainee pilot died in the crash.

Commander Daniel Melero Ordóñez was 50 years old and a native of Cádiz, and the third-year student Ensign Rosa María Almirón Otero, 20 years old and from Lucena (Córdoba)  were killed in the crash. The aircraft belonged to the General Air Academy.

As reported by the Ministry of Defense, the accident occurred when the trainer plane made an instructional flight in the vicinity of the General Air Academy.

According to the Minister of Defense, Margarita Robles, according to the first information, an engine failure during the takeoff maneuver could be the reason why the plane has crashed into the sea.

The plane had been checked this morning before takeoff.

Emergency services have immediately gone to the disaster area , after 112 received a hundred calls informing of the event.

Rescue services have already recovered the bodies of the two crew of the plane from the water. The bodies of the deceased, have been transferred to the facilities of the General Academy of Air of San Javier, to which both belonged.

The remains of the plane are still at sea waiting to be recovered by emergency services, military and civil, mobilized after the accident.