The accident occurred in Nawa-i-Barakzayi district when two Afghan National Army military Mi-17 helicopters crashed due to technical issues while they were taking off, the ministry said in a statement.

“Unfortunately, nine individuals aboard were martyred in the crash. Ministry of Defense is investigating the incident,” the statement added.

Earlier in the day, local media reported that 15 people were killed in the accident in the region, 555 km south of Kabul.

The province has been the scene of heavy clashes in recent days after hundreds of Taliban members from two neighboring provinces joined local Taliban members and tried to capture Lashkar Gah.

Previous Watch: Pilot Jumping Out Of A Stolen Helicopter As It Crashes Into The Sea
Next New American Made Fighter Jet Helmets Goes Unused In Ukraine 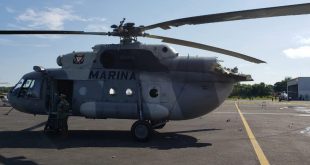