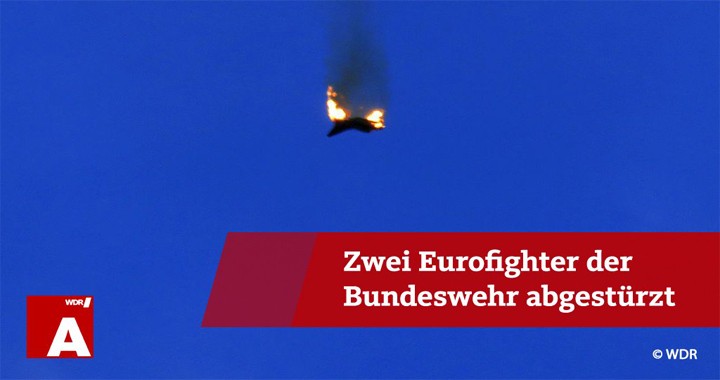 There was forest fires and a large contingent of rescuers at the scene of the accident.  One of the pilote survived and landed in a tree. The other one is missing. “Together with a third Eurofighter they were flying an Air Combat Mission,” the German Air Force said.

“The pilot of the third Eurofighter observed the collision and reported that two parachutes descended to the ground.”

The two planes were based at Laage near Rostock. Neither plane was carrying weapons.

Local media showed footage of the smoke from both planes after they had hit the ground and said the crashes had both started forest fires.

One of the pilots was found alive hanging from a tree by rescuers near the village of Nossentiner Hütte, reports said. Police warned that debris from the crash had been strewn over a large area. 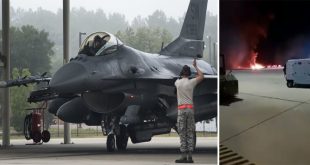